Shares
The Russian Federation can not continue implementation of the South Stream project. At the same time, President Putin expressed his willingness to build a gas pipeline for the Turkish economy. 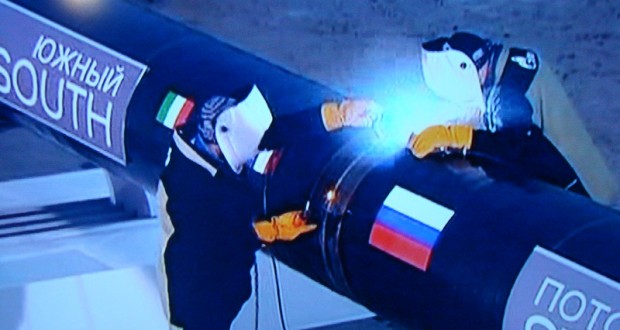 During a press conference in Ankara, Russian President Vladimir Putin said that Russia could not continue the implementation of the South Stream project. He said it was because of Bulgaria which did not give permission for the pipeline system construction in the Black Sea, joinfo.ua reports with reference to the Russian media.

The Russian leader also offered Bulgaria to receive compensation from the European Commission, because the profit from the South Stream project was missed. President Putin said that Bulgaria's direct budget revenues from transit would have been no less than four hundred million euros per year. The Russian president said the position of the European Union in relation to the project mentioned above was unconstructive and the Russian side was absolutely ready for the South Stream.

According to Putin, now the Russian Federation is ready to implement another project, which envisages the construction of the pipeline system in order to meet the growing needs of the Turkish economy. Russian President also said about the possibility of creating a new gas hub on the border. As for the Blue Stream project, Russia intends to increase the supply of natural gas to the Turkish market by three billion cubic meters.

It is to be recalled that earlier Foreign Minister of Ukraine Pavlo Klimkin said that Europe was doubtful in the South Stream project.