Shares
In Russia the situation with the Internet is close to censorship. According to the Russian media reports, the government plans to introduce mandatory content filtering. 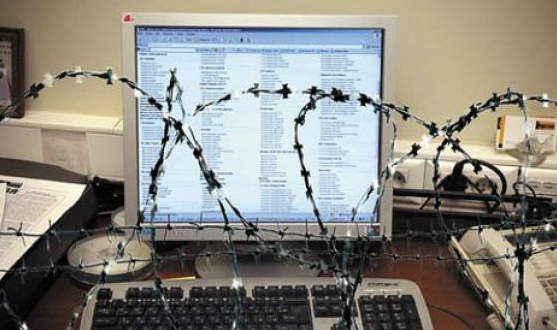 By the end of this year the Russian State Duma plans to approve the amendments to the law "On protection of children from information harmful to their health and development" and "On Communications", according to which the Internet content filtering will become mandatory at the level of providers, Gazeta.ru writes.

This decision was offered by the officials, including assistant to the president Igor Shchegolev.

Experts declare that the introduction of filtration system will cost operators a lot; it will significantly reduce data transfer speed and affect online business.

It is referred to the introduction of a mechanism of mandatory filtering of the Internet content previously proposed by the executive director of the Safe Internet League Denis Davydov.

In the case of introduction of this new mechanism for the provision of the Internet services, providers will fully moderate the amount of traffic.

Those operators, who will not be able to perform this procedure, will be obliged to buy already cleaned content from larger companies. Thus, there will be established a mechanism of defining trusted and untrusted providers.

At the same time, the authorities are trying to avoid public discussion of the amendments because almost all operators and providers as well as representatives of the Internet business are dissatisfied with them.

Karen Kazeryan, an analyst from the Russian Association of Electronic Communications notes that widespread installation of the necessary software will take a few billion dollars, so the success of the project is quite questionable.

The representatives of the large operators have sharply criticized the initiative, but Rostelecom said they have not heard anything about the adoption of amendments.