Poland signs agreement for the purchase of U.S. precision missiles

Shares
Polish F-16 fighters will be able to destroy enemy targets at the distance of 370 kilometers from the aircraft. 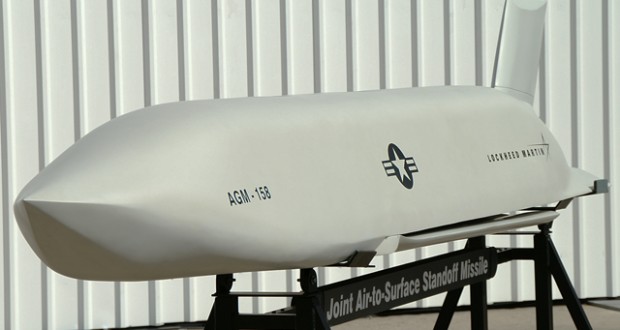 Polish F-16 fighters will be able to destroy enemy targets at the distance of 370 kilometers from the aircraft. Today, at the military base in Poznan, Poland signed the agreement for the purchase of 40 American Joint Air-to-Surface Standoff Missiles AGM-158 JASSM.

"We have never had such modern weapons, which we will obtain after signing this agreement," said Polish Defense Minister Tomasz Siemoniak. He recalled that the decision to purchase missiles was made before the Russian-Ukrainian conflict and evidences that the Polish armed forces have gradually modernized.

"In this difficult time we especially need this newest weapon," said Siemoniak. He thanked the U.S. ambassador in Poznan Stephen Mullen for "extremely successful" procedure of Washington's consent on the export of high-precision weapons. "It proves us that the United States stand firmly on our side, as it was said by President Barack Obama on June 4 in Warsaw," said Semonyak.

The American said that negotiations on the agreement have lasted for almost seven months, and the Polish F-16 aircraft will have the ability of strategic deterrence. The rockets themselves find a target and gain supersonic speed. They are very difficult to destroy by means of air defense. For 40 missiles Poland will pay around 250 million dollars. The Polish Army will use the first JASSM rockets in the first half of 2017.