Shares
Today Russia"s economy does not allow the middle class to keep their businesses afloat, since the new tax policy does not comply with Russian reality, entrepreneurs believe. 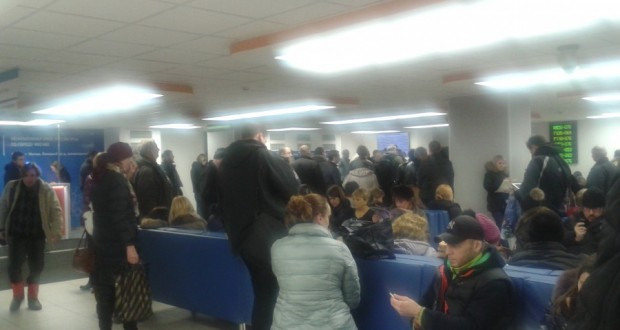 Today Russia's economy does not give small and medium-sized businesses the opportunity to exist. Russian businessmen massively close down their enterprises. They write about it in their blogs and upload photos of queues in tax agencies, Joinfo.ua informs.

"Today I was in the tax agency No 46. Queues are unreal. People close down their enterprises. Moreover, there were no common people, all of them were intelligent, educated people. It is the middle class, which symbolized new Russia. Many of them were just sitting looking in their gadgets or were just silent. Yesterday they had income, work, outlook. After the reports on the growth of dollar and new marasmic taxes they have nothing left. Those few who are inclined to talk, discuss mainly two issues: the change of power and – surprise! – the return of the 90s. Many close down 20-year businesses: they have become unprofitable. They will either go underground or …" says one of the entrepreneurs obviously anticipating the outflow of the middle class abroad.

"Look at this crowd. I would not very much like to see it expanding the Dissenters" March, because I know too well what money liberals use for it.

But the government has brought many of these people to deadlock, it is a fact," the businessman believes.

"Today I closed down a sole proprietorship too. I don't want to pay unrealistic taxes somewhere in the void – for example, for non-existent health insurance or frozen part of insurance pension savings. And new exorbitant taxes simply do not comply with current Russian reality," already former businesswoman explains.

It should be recalled that in late January the rating agency Standard & Poor's downgraded the credit rating of Russia from BBB- to BB+, that is even below investment grade, Joinfo.ua reports with reference to The Wall Street Journal. As the newspaper writes, it happened for the first time in more than 10 years.

In this case, after having reduced the country's rating to the "junk" one, the agency notes that there remains negative outlook regarding Russia and in the future the rating may be lowered further. The main reason for the downgrade was the exclusive dependence of the Russian economy on energy exports and the possibility of introducing additional sanctions against Russia.