Shares
Today, in Brussels, the European Union will gather Russian and Ukrainian representatives to resolve the question regarding gas supplies. 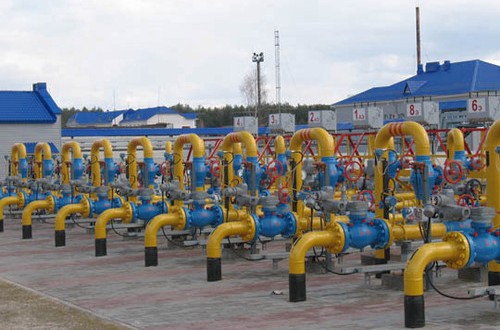 Today, in Brussels, Ukraine, Russia, and the European Union will hold trilateral talks on the issue of gas supplies to the occupied territory, Joinfo.ua reports.

February 19, Naftogaz of Ukraine drew the valve of the gas pipeline going to the occupied territory of the Donbas militants. The Ukrainian side explained it by the damage to the pipeline because of the shelling.

The DPR militants immediately announced their plans to import natural gas from Russia. Alexei Miller, Russian Gazprom CEO announced the possibility of supplying these regions of Ukraine with additional 12 million cubic meters of gas per day. But Russian Prime Minister Dmitry Medvedev ordered to work out the problem of gas supply to the Donbas "as humanitarian aid."

Andrew Kobolev, Chairman of the Board of Naftogaz, said his company was not going to pay for gas for the militants, because it goes against the Ukrainian-Russian contract.

Damaged pipeline and the supply of gas to the Donbas was resumed before the evening of February 19. February 20, the leaders of the DPR insurgents said they would not pay for the gas supplied by Ukraine anyway. And the Kremlin began to threaten Ukraine with gas overlap already on March 3 for not paying to Naftogaz for March in advance.