Shares
Oil production in the United States surpasses Russia in terms of producing oil and gas, according to the new industry report of BP. 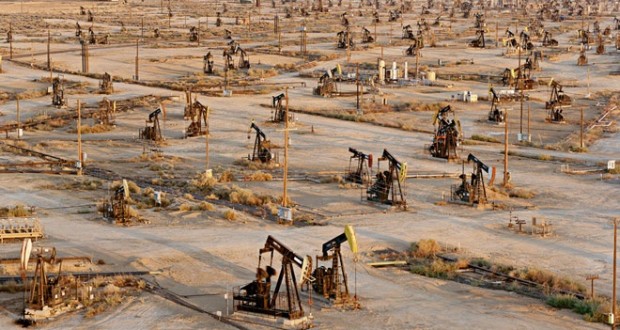 Oil production in the United States surpasses Russia in terms of producing oil and gas, says the new industry report of BP, Joinfo.ua reports with reference to the American media.

This change in positions denotes basic changes in the global energy sector, which happened due to the progress in the development of shale deposits in the United States, the report says.

According to the Statistical Review of World Energy, published by BP, oil production in the United States last year had reached a record level of 1.6 million barrels per day.

This all confirms the trend, which has allowed the U.S. to reduce imports and change the country's foreign policy priorities, as well as reduce the world energy prices.

"We are truly witnessing a changing of the guard of global energy suppliers. The implications of the shale revolution for the U.S. are profound," BP Chief Economist Spencer Dale said

The increase in oil production and reduction in global demand for it had led to the fall in prices by about 40 percent in 2014.

The fall in prices will make some producers to shut in "frothy activity" at some shale fields in the United States, but most of the production facilities can operate even at current prices, BP Chief Executive Officer Bob Dudley in London yesterday.

He claims that the number of rigs drilling in shale fields are down by half compared to an October peak and is likely to stabilize by the end of the summer.

"The shale revolution hasn't run out of steam in the U.S.," Dudley said.

Last year, the growth of oil production in the U.S. had enabled them to surpass Saudi Arabia in terms of crude oil production. The United States became the first country to raise oil production by at least a million barrels a day for three consecutive years, the report said.