Shares
Putin's Gazprom problem continues in 2015. With the energy prices decline and the fuel market saturation, Gazprom loses its leverage in Europe 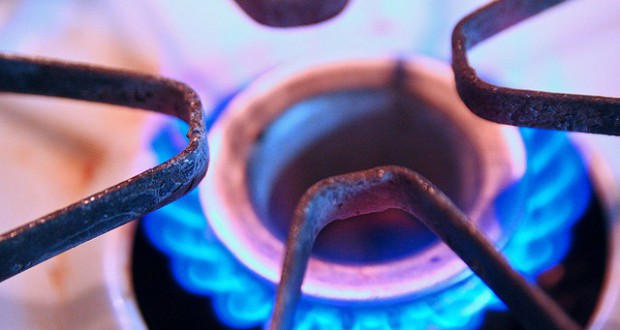 For years, Russia’s ability to stop the energy shipments due to disagreements with the West poses a serious threat to most of Europe risking to spend the winter without heating, Joinfo.com reports with reference to Washington Post. But with the significant gas prices drop in 2015 as Putin’s Gazprom problem continues. The Kremlin’s “pipeline politics” are looking a lot less threatening.

Russian energy giant Gazprom, which has long been called “the Kremlin’s bludgeon,” is facing the lowest gas demand for the entire post-Soviet history. The countries, previously fully dependent on Russian energy resources, now have the alternatives. And the next month the company will have to contest an antitrust case brought by the European Union, which can force it to give up on the “hardball tactics” in Europe forever.

According to the publication, the new weakness of Gazprom gives the West an opportunity to increase the pressure on Russia for its role in “stoking conflict in Ukraine without fretting about the consequences of a vengeful gas cutoff in return.” Considering that the Iran nuclear deal could turn the Persian flows of oil and gas to Europe, the influence of Russian companies in the region will reduce even more. The American newspaper recalls that even in the Soviet era Europe bought most of its natural gas from “energy-rich” eastern neighbor. The Soviet Union collapsed, but his old energy networks remains, which kept Eastern Europe “deeply dependent” on Russian gas.

However, after the Russian cutoffs in 2006 and 2009 coincided with the periods of geopolitical tension, Europe has become more and more skeptical of the old model – particularly since Gazprom’s high prices made even expensive alternatives attractive. “Frightened by the constant threat to its energy supply, Europe sparked a boom of construction to make it easier to get gas from other suppliers and to ship gas from one European nation to another “, – the article emphasizes.

“The Russians have reaped what they sowed,” said Dieter Helm, who teaches energy policy at Oxford University. “If they want to make supplies unstable, you can’t expect the customer to take it in a lying-down form.”

At the same time vast gas stores, discovered in the US during the shale gas boom, further  increase global supplies. The economic challenges in Europe idled its factories, reducing region’s “appetite for  energy”. Ukraine, ” long an important Russian customer,” is trying to reduce gas consumption,  that is to make less dependent on a neighbor, ” that annexed the Crimean Peninsula and then helped fuel a bitter war in the eastern part of the country.”

According to the publication, even the weather conspired against Gazprom. The last two winters were unusually warm, idling radiators and furnaces.

Meanwhile, there are signs that Gazprom which has more often been “a fount of bristling defiance” may make concessions. CEO Alexei Miller said that Putin asked him to continue talks on gas supplies through Ukraine.

Energy giant’s leaders also said that they are ready to find a compromise with the E.U. in the antitrust case.  According to analysts, the E.U. has leverage in this dispute, because Gazprom needs Europe’s cash more than Europe needs the gas.

Last month, Russia’s Economy Ministry forecasted that this year Gazprom’s output can fall to 7%. But there are “cushions” to soften the blows inflicted upon the company. One of the major factors is a devaluating ruble. That means that even though Gazprom’s profit was down in dollar terms, when converted into rubles, it was actually up 71 percent in the first quarter of 2015. In addition, Sales to Europe may also increase in the coming months, as countries that have put off purchases because of dropping energy prices prepare for winter.

Gazprom has tried to turn eastward, to reduce dependence on European customers, signed a major deal with China. But the project will take years to complete, and China’s slowing economy is reducing demand. U.S. sanctions imposed this month against a major eastern gas field will also complicate its expansion efforts.

A few years ago, the paper concludes with the words of Edward Chow, an energy policy analyst at the Center for Strategic and International Studies, ” Russia looked like it was in a pretty strong position But some countries and companies have prepared themselves much better for yet another gas cutoff.”

It should be recalled that earlier Gazprom increased volume of transit of natural gas through Ukraine to EU almost by 20%.