Shares
Russian jewelry company Caviar has made an iPhone 6S with the portrait of Vladimir Putin for $3,200 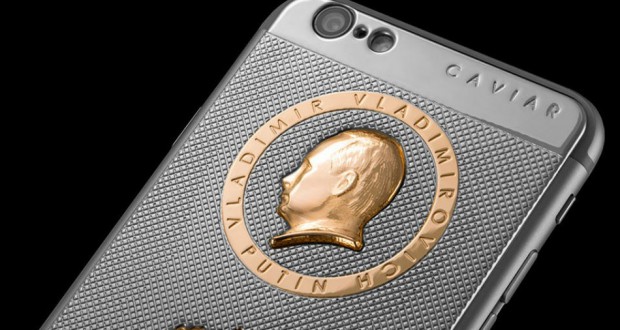 Russian jewelry company Caviar has presented an iPhone 6S with the portrait of Russian President Vladimir Putin incrusted on its back. Those who want to show their love to the Putin can buy this luxury device for $3,200, Joinfo.ua reports with the reference to Mashable.com.

The company released the device in honor of Putin’s 63rd birthday on October 7 and called it “Caviar Ti Gold Supremo Putin Anniversario Edizione 63”. And, of course, there are only 63 copies available.

As for the characteristics, it’s almost a regular iPhone 6S, except for the back lead, which is made of titanium with gold encrustations of Russian leader’s head, a quote of Russian anthem and the country’s emblem.