Default cancelled: creditors of Ukraine agreed to write down $3 billion and restructure $8.5 billion

Shares
PM Arseniy Yatsenyuk stated that default in Ukraine is not expected, because the $3 billion of debt has been written off by creditors and another $8.5 billion will be restructured 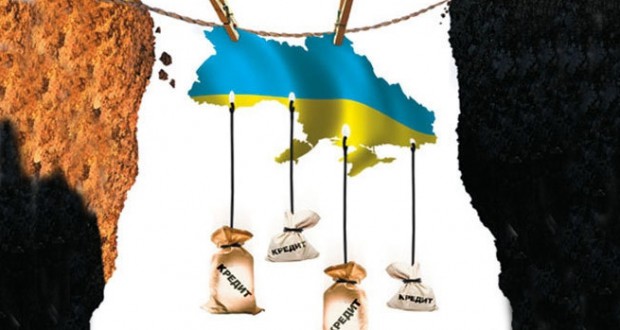 The committee of creditors by majority of more than 75% of the vote decided to write off $3 billion of the debts of Ukraine restructure $8.5 billion. This was stated by Prime Minister of Ukraine Arseniy Yatsenyuk at a briefing at the Government House on Thursday, October 15, Joinfo.ua reports.

Thus, in the next four years, Ukraine will not pay principal of loan. Yatsenyuk said that at the beginning of 2014 the total external debt of Ukraine amounted to 73.1 billion US dollars. “That’s the condition I which we got the country nearly two years ago,” – PM said.

As of September 1, 2015, public and publicly guaranteed debt amounted to $70.5 billion.

“This is the answer to the question of whether the external debt increases. Despite the fact that we get financial support from our Western partners and other financial resources, we still repay the debts and reduce the total amount of public and publicly guaranteed debt,” – he emphasized.

Yatsenyuk said that the government is working hard on reduction and restructuring the debt over the past six months: “We congratulate the Ukrainian Parliament on constitutional majority support of the law on the restructuring of the external debt of Ukraine, including the conditions on which the debts were restructured and written off. ”

The main task, according to PM, was “how to deal with a $15 billion debt, which must be paid over the next four years, but for which we physically do not have funds.” “I put the priority – to write-off up to $ 4 billion of debt to our foreign creditors. The first part of this task has already been completed. ”

He also noted that the debts of two state banks were restructured – Eurobonds of Oschadbank and Ukreximbank restructured in the amount of 2.8 billion US dollars.”This added to financial stability of the Ukrainian banking sector. This means that these banks have additional financial resources and will have a higher financial strength and stability, and can lend to the Ukrainian economy and freely serve the Ukrainian depositors.” – Yatsenyuk said.

The Prime Minister also reminded of restructuring of the $500 million debt of Ukrzaliznytsya, adding that there are also debts of Ukravtodor, Ukrmedpostach and Design Bureau Yuzhne, which need to be restructured. “That amount $0.7 billion more, “- said Yatsenyuk.