Citigroup Inc. is testing new ATMs to withdraw money without a credit card

Shares
Citigroup Inc. and ATM manufacturer Diebold Inc. are testing new technology that will allow people to withdraw money without a credit card 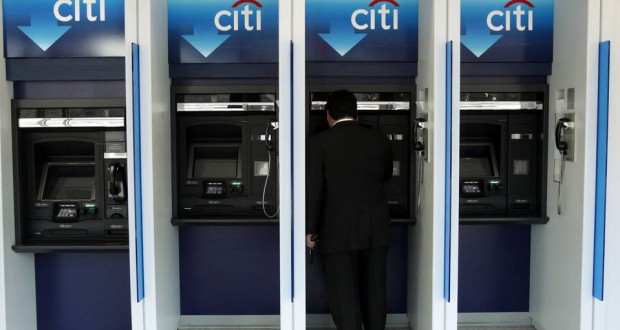 Citigroup Inc. and ATM manufacturer Diebold Inc. are testing new technology that will allow people to withdraw money without a credit card. Instead, customers will be able to do it with an eye-scan or a code on a smartphone, Joinfo.ua reports with the reference to WSJ.

The new ATMs wouldn’t need a card, which means a card’s information couldn’t be skimmed by machines that are attached to ATMs. The new machines also don’t have PIN pads that thieves have spied on using tiny cameras.

New cash machines will not have a screen or touchpad. Instead, customers would first check the bank’s mobile app on their smartphone or tablet ahead of time to sign in and select how much money they want to withdraw. Then, they would approach the machine, which would quickly scan their iris to verify their identity through Near Field Communication (NFC), QR Code (for Quick Response Code) or biometrics (scanning your iris, a technique that’s considered far more fail-safe than fingerprints as a form of ID). Then ATM would spit out the right amount of cash.

But as long as the ATMs will need to be retooled, the necessary equipment can take a very significant cost for banks, and mass replacing of ATMs can be postponed for years.

Previously, the intention to develop their own ATM machines that do not need credit cards, reported JP Morgan Chase and Bank of America. Smaller banks such as BMO Harris Bank Chicago and Wintrust Financial Corp., has already used in its ATMs technologies such as face and voice recognition. According to Doug Peacock of the BMO Harris, the bank has more than 900 such ATMs.

J.P. Morgan Chase & Co. and Bank of America Corp, recently started internally testing their own cardless ATM technologies. J.P. Morgan showed off a cardless ATM during its investor day earlier this year but hasn’t yet offered consumers a demonstration. A bank spokeswoman said that is also evaluating the use of voice- and facial-recognition technology. A Bank of America spokeswoman said the bank has tested cardless ATMs internally and will begin a customer pilot of them during the first half of next year.

It remains to be seen whether consumers who are generally suspicious of large financial institutions would be comfortable letting a bank scan their eyeballs regularly.