Home / Business / Crimea to build a tunnel under Kerch Strait

Crimea to build a tunnel under Kerch Strait

Shares
Crimean occupational authorities want to build a tunnel under Kerch Strait. The construction will begin in December, 2015 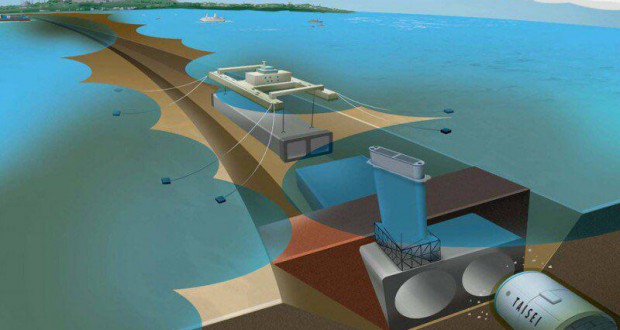 General Director of the constructor, InzhTehInvestStroy, Boris Zveryukov stressed, that the tunnel will not be a competitor for a bridge across  the Kerch Strait.

“We do not compete with  the bridge crossing in any case. Bridge – is our everything, it is sacred. The tunnel has several other functions. It will be primarily the artery between logistics centers, located on both sides, “- he said.

The length of the tunnel will be 14,700 meters and it will consist of two identical tunnels, each with two-lane road.

The emergency exits to the auxiliary passage will be constructed between the tunnels at each 300 meters.

According to the project the tunnels will be able to pass about 45,000 cars per day, and at first the tunnel will be a toll road. “We plan to gradually reduce the tariffs. We also consider the possibility of free use of the tunnel for Kerch citizens”, – promised Zveryukov.