Shares
Russian Ministry of Economy is planning to make amendments to the law about the free economic zone, established on January 1, 2015, to boost the economy of Crimea 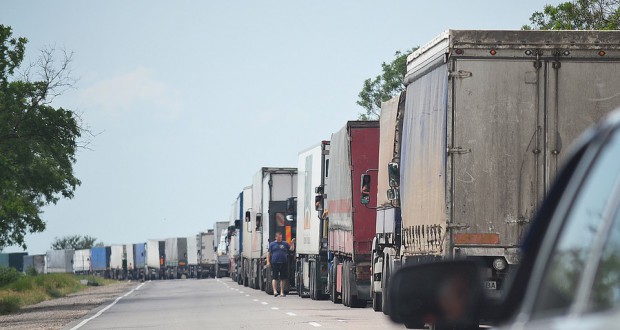 Russian Ministry of Economy has prepared a bill clarifying the application of the procedure of duty-free zone in the Crimea and Sevastopol, Joinfo.ua reports with the reference to KrymSOS.

The amendments complement Art. 18 of the Law “On the development of the Crimean Federal District and the Special Economic Zone in the Crimea and Sevastopol, which applies the procedure of duty-free zone in the SEZ. Foreign goods (or the goods made with foreign components), which are due to this procedure, can only be used and placed within the SEZ (except, for example, goods for personal use).

According to the amendment, residents of Crimea will be able to import goods for processing without paying duties, but this amendment doesn’t apply to the goods, imported to other regions of Russia and then transported to the SEZ.

As of October 1, 2015, Crimean authorities have signed 157 contracts with Crimean companies on working in the free economic zone.

Russian Ministry of Economy explained that the SEZ was established recently. Therefore, the Crimean residents have just begun to operate under the said law. Processing goods under the duty-free procedure of the SEZ has not yet begun – the majority of participants has been engaged in processing of goods and contracting. “Now the SEZ is developing in Crimea. Amendments are needed to start the turnover of the goods inside the SEZ,”- noted in the ministry. The amendments will allow participants to move freely turnover the goods produced in the SEZ. “They will help to increase the turnover of the market and development of the Crimean region of the Federal District,” – say the Ministry of Economy.

It should be recalled that Crimean authorities plan to build a tunnel under the Kerch Strait.