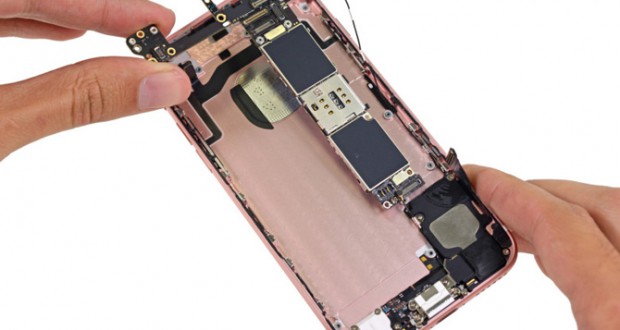 Sales of iPhone 6S has started recently. But the Internet is gradually being filled with rumors of a new generation of Apple smartphones. And it is not just rumors. There is an information about orders to component suppliers, Joinfo.ua reports with the reference to Ukrainianphone.com.

Thus,Taiwanese resource DigiTimes, citing a source among the various equipment suppliers reported, that Apple has placed an order to Synaptics for TDDI (Touch and Display Driver Integration) chips. These chips will be responsible for sensory function and operation of the screen.

It allows to integrate a fingerprint scanner directly into the screen, which will eliminate the Home button. Talks about the fact that Apple is trying to create similar chips independently, appeared at the beginning of 2015, after the company registered a number of related patents. But, apparently, the company did not succeed, and decided to put it on outsource.

Apple is already engaged in the development of TDDI solutions after hiring senior engineers from Renesas. Instead of looking for second-source suppliers, Apple is internally developing TDDI chips for its iPhones, the sources claimed.