Raspberry Pi Zero for $5 is here

Shares
Raspberry Pi was supposed to be a computer, affordable for many people because of the low price. But now it seems to exceed itself 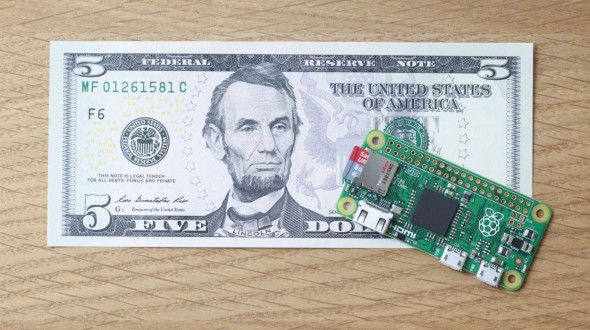 When the Raspberry Pi was first announced by Ebon Upton it promised very cheap computing and an accessible platform for kids to learn to code and make things with, like robots, Geek.com reports. And the first Raspberry Pi delivered that for just $35. Raspberry Pi also inspired the competitors for the models for even lower price, Joinfo.ua reports.

And now, meet Raspberry Pi Zero, which costs a mere $5.

By no means as powerful as the current “high-end” Raspberry Pi 2, the Zero is still a very capable tiny PC. Here’s the spec:

The Raspberry Pi Foundation started working on the Zero at the beginning of 2015. Although a $25-$35 price point is incredibly cheap for a PC, it still forms a high barrier to entry for some people. This is a barrier the Foundation is trying to remove worldwide, so the Zero makes perfect sense.

A PC for the price of a coffee is incredible, but it also opens up the option of free. For example, you can go out and buy a Zero today, but the tiny PC is also free with the December edition of The MagPi magazine in the UK (on sale today). That’s an offer sure to get repeated hundreds of times and is only possible because of that very low price point.