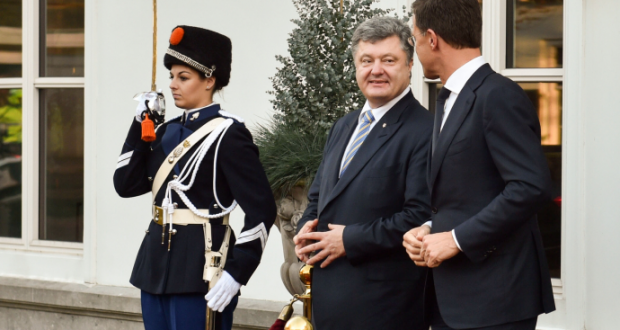 Ukrainian President Petro Poroshenko in the course of the two-days working visit to met with the Prime Minister of the Netherlands Mark Rutte. The parties agreed to start preparations for a large-scale business forum in January 2016, Joinfo.ua reports with the reference to the AP press service.

The President Poroshenko said that two important events would take place in January 2016 – Dutch presidency in the EU and EU-Ukraine Free Trade Agreement’s entry into force. “We have agreed to use these new opportunities for the intensification of bilateral cooperation, facilitation of the Dutch companies’ presence on the Ukrainian market and involvement in the process of privatization in Ukraine,” – Petro Poroshenko said.

The Dutch government will also organize the economic mission on Ukraine the next year.

The Dutch Prime Minister Rutte noted that the Netherlands sees broad prospects in the development of bilateral cooperation, among other, in the sphere of eco culture.