Saudia Arabia to build the highest building in the world

Shares
Saudia Arabia will build the highest building in the world named the Jeddah Tower. It is planned to be about 3,280 feet high 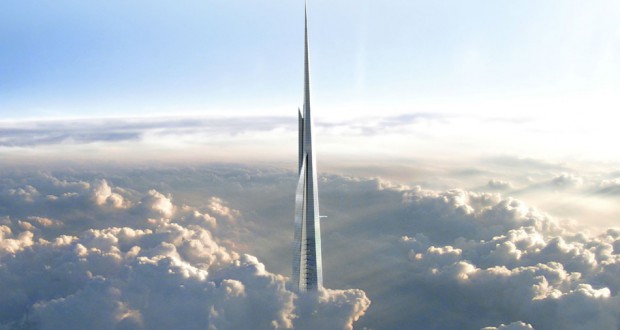 Saudia Arabia has a $1.2 billion project that is planned to rise about 3,280 feet into the sky, Joinfo.ua reports with the reference to Mashable.com. The project should be finish on schedule in 2020.

A release from the Saudi government on Sunday stated that Jeddah Economic Company, the tower’s owner and developer, signed a $2.2 billion deal with Saudi Arabia’s Alinma Investment (8.4 billion Saudi riyals). Those funds will also be used to develop the first phase of the Jeddah Economic City project. The Jeddah Tower, is located in Jeddah along the coast of the Red Sea. It’s planned to ultimately stand at more than 3,280 feet — about nine football fields — and 26 of the 200 floors have been completed so far. The tower will contain a luxury hotel, office space, apartments, luxury condominiums and an observatory, according to Adrian Smith + Gordon Gill Architecture, which designed the building. There will be 59 elevators, including 54 single-deck and five double-deck elevators and 12 escalators. A building this ambitious does present challenges. Its proximity to the sea makes water damage and flooding a concern; it also must be able to withstand high winds, which is why the building’s shape changes every few floors.

“The wind loads go round the building and won’t be as extreme as on a really solid block,” said Bart Leclercq, head of structures for WSP Middle East, an engineering professional services consulting firm. “There will be local disturbances, so it’s a really good design from an aerodynamic perspective.”