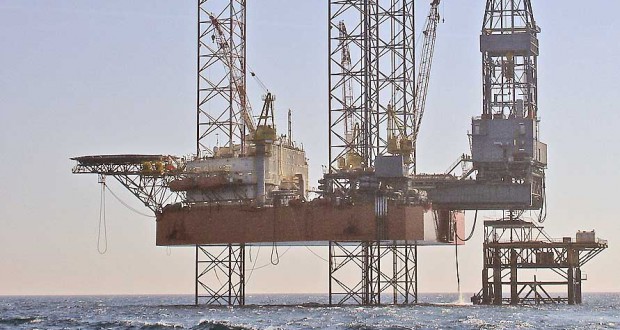 The Ukrainian Foreign Ministry called Russia’s relocation of two jack-up rigs in the Black Sea as “another episode of theft of assets and natural resources” and demanded that the property be given back to Ukraine, Joinfo.ua reports with reference to Interfax-Ukraine.

“The Ukrainian Foreign Ministry urges the Russian Federation to demonstrate responsibility under international law and demands that the Russian Federation immediately take every possible practical measure to stop the actions violating international law, to provide appropriate assurances and guarantees that (such actions) will not repeat in the future, and to immediately return Ukrainian property for its use and ownership. The Ukrainian Foreign Ministry reserves the right to demand that the Russian side compensate for the damage done by its actions which exhibit every sign of violation of international law under the content of the convention,” the ministry said in the statement.

The rigs belong to Ukrainian Chernomorneftegaz oil and gas drilling company, which was seized by Russian occupation government in Crimea after the illegal annexation of the peninsula in 2014. The rigs and a drilling platform were operating in international waters off Ukrainian city of Odesa.

Ukraine announced that it will file the court case to international arbitration to return the assets.

On Sunday Russian defense ministry reported that their patrol ship, anchored in the northern part of the Aegean Sea, saw a Turkish fishing boat approaching from the right side of the ship. To prevent a collision, the Russians tried to establish radio contact with the Turkish ship, then used a semaphore and light flares. According to the statement, the Turkish side has ignored all the signals.

As Daily Sabah reported that Russia were towing the platforms to its territorial waters, to keep them from a seizure by Ukraine, when the Turkish merchant ship was passing by. Later the reports over the changing course of the Turkish ship emerged on Monday. The statement said that a Russian corvette and a coast guard boat have forced a commercial vessel under a Turkish flag to change course after it got in the way of a Crimean energy firm’s boats towing oil rigs, the company said, adding that the rigs were delivered to safety.