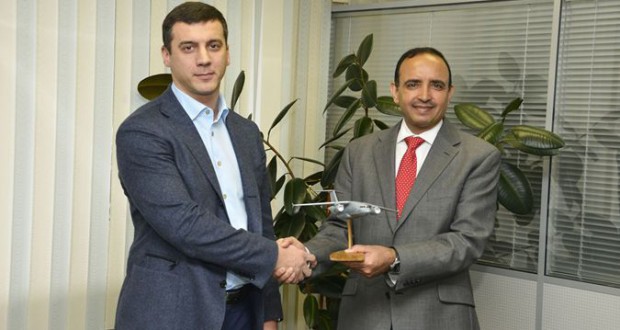 President of Taqnia Aeronautics, Major General in retirement Ali Mohammed Al−Ghamdi, said: “Signing of this Memorandum is the next significant step in development of our cooperation. We have signed the documents on cooperation on the program of the AN−132 new transport and further promotion of the AN−148 special−purpose versions. We chose the AN−178 for the  good characteristics of this aircraft. Its price and low operational costs  are important advantages of this aircraft in comparison with other airplanes of this class. Besides, we will implement the joint marketing policy on promotion of the AN−178 into the markets of other Middle East countries. In the future we plan cooperative production of this aircraft».

Oleksandr Kotsiuba, the First Vice President of Antonov Company, said: «This event became another confirmation of mutual aspiration of Ukraine and Saudi Arabia in development of strategic partnership in the field of aircraft industry. Signing of this Memorandum confirmed that the AN−178 is a modern, reliable and effective airplane, which is requested by customers. We are grateful to our partners for trust and ready to fulfill our obligations in accordance with the signed agreements».

It should be recalled that Ukraine presented a new transport aircraft AN-178 on the international aerospace exhibition Dubai Air Show 2015 in November.