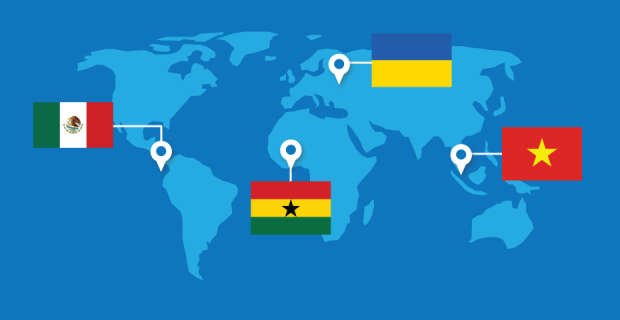 ABN AMRO bank considers Ukraine as the most promising among the emerging markets that can replace the BRICS countries, Joinfo.ua reports with reference to eurointegration.com.ua.

ABN AMRO bank put Ukraine on the top of the list of the four perspective countries, including Vietnam, Mexico and Ghana.

“Yes, the country still has problems in its relations with Russia. However, the country’s foreign trade is increasingly oriented to the West. Above all Ukraine is attractive to Dutch agricultural business,” – said the statement on the bank’s website.

Bank experts noted that the Netherlands can be a market for Ukrainian products, and Dutch entrepreneurs can find opportunities on the Ukrainian market instead of the Russian market lost due to the anti-Russia’s sanctions.

ABN Amro is the second largest bank in the Netherlands. In 2012 the bank took the 48th position in the list of the world’s largest banks.