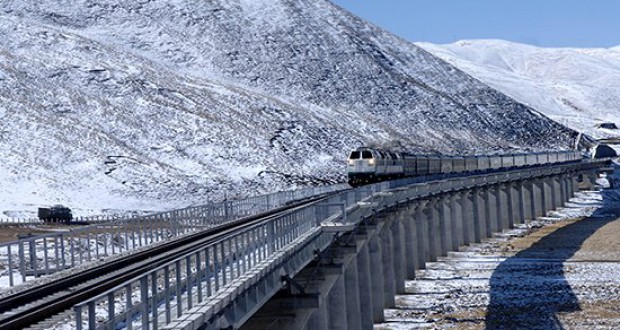 On January 15, 2016 the first container train will depart from Ilyichivsk sea port through Georgia, Azerbaijan and Kazakhstan to China, making a new direction of the Silk Road, Joinfo.ua reports.

“This route will become a new direction of the Silk Road, which will redirect cargo traffic in an easterly direction, bypassing Russian territory,” – the press service of the Ministry of Infrastructure of Ukraine said in a statement. “It [the route] includes ferries across the Black and Caspian Seas (Illichivsk-Batumi and Alat-Aktau) and should be competitive in comparison with the traditional overland route.”

The Ministry of Infrastructure, PJSC Ukrzaliznytsa and the Coordinating Committee of the Trans-Caspian International Transport Route made a significant and hard work in 2015 to organize the route of the train. The inclusion of Ukraine to the Great Silk Road was first recorded in the Ukrainian-Chinese inter-agency protocol.

The opportunities of the Trans-Caspian International Transport Route were presented to potential shippers at the road show on November16, 2015 and on December 3, 2015 at the International Forum “Connecting Europe and Asia: a New Look at Creation of a System of Transcontinental Routes” in Odesa.

The technologies, accelerated delivery options, tariff and the train operators were agreed upon to launch the train. The demonstration trip of the train will open the alternative route to deliver goods from Ukraine to the countries of Central Asia. The container train will contain of 20 freight cars approximately.

In a view of the embargo introduced by the Russian Federation on the transit of Ukrainian goods through its territory, the Ministry of Infrastructure together with Ukrzaliznytsia will continue work on creating alternatives to the eastbound cargo routes.