A $20 million diamond discovered in Africa

Shares
A 404.2 carat diamond worth $20 million was discovered in Africa 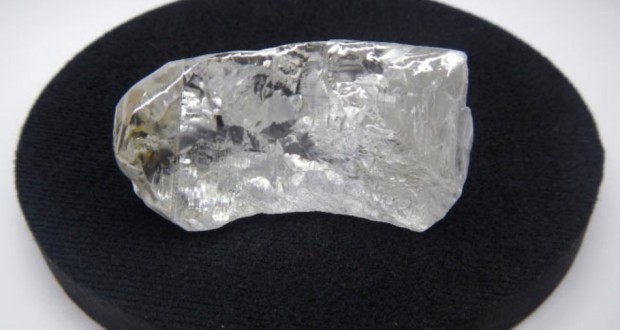 The 27th largest diamond in the world was discovered in Angola, one of the world’s top diamond producing regions, according to a statement by the Australian Stock Exchange. It is the biggest diamond found in the region, Mashable reports.

Lucapa Diamond Company, an Australian company, along with partner companies Endiama and Rosas & Pétalas, announced the sensational discovery of the whopping 404.2 carat diamond on Tuesday.

Endiama Chairman Antonio Carlos Sumbula said it was a huge milestone in the development of the Angolan diamond mining industry.

“We are delighted to have recovered the biggest diamond ever found in Angola — it is a significant day for our country, our diamond industry and for the Lulo Diamond Project,” he said in the statement.

Lucapa chairman Miles Kennedy estimated its value could be as high as $20 million.

“We’re not used to valuing 400-carat diamonds, but if we look at other diamonds slightly less weight than this, you’re looking in the order of $20 million.”