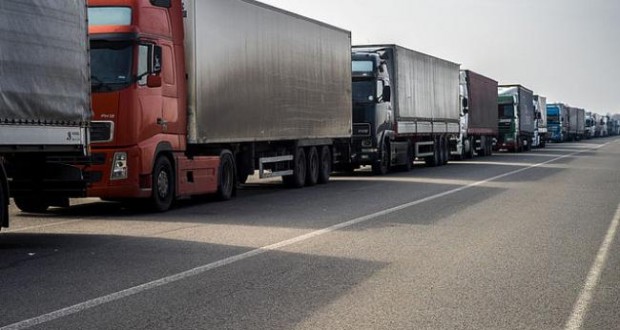 On Wednesday, the Cabinet of Ministers of Ukraine at the meeting approved decision to cancel limitations of the Russia’s truck transit via Ukrainian territory from February 25, Joinfo.ua reported with reference to UNIAN.

“They [the Russian side] have unblocked [transit traffic] for us, and we’re doing the same according to the principle of reciprocity. And a protocol resolution obliges that safety of transit freight should be ensured. It has been passed,” Ukrainian Prime Minister Arseniy Yatsenyuk said.

Infrastructure Minister Andriy Pyvovarsky, who was also present at the Cabinet meeting on Wednesday, said that transit traffic had been limited in Ukraine as a result of restrictions introduced by Russia on Ukrainian freight flows.

“But transit means no limitations and no borders… Russia’s Transport Ministry officially offered to lift all the restrictions the Russian Transport Ministry had previously introduced against Ukrainian trucks. We’re ready to re-validate temporary permits and let the transit traffic, which had virtually been blocked for the past 10 days, resume via Ukraine’s territory as of 00:00 local time on February 25,” Pyvovarsky said.

He also informed about a meeting between his ministry and the Association of International Road Carriers of Ukraine (AsMAP) on February 23 when the sides agreed on full and urgent resumption of transit traffic of vehicles across Ukraine.

It should be recalled that on February 15 Ukrainian Cabinet of Ministers imposed a temporary ban on the transit of Russian-registered cargo vehicles through Ukraine’s territory. Later Russia has halted all Ukrainian cargo trucks on its territory.

On 11 February Ukrainian activists began to block transit trucks with Russian registration plates in Zakarpattya region near border with Slovakia and Hungary, where Russian trucks were redirected after Poland suspended cargo transportation agreement with Russia.