Shares
Antonov SE and Taqnia Aeronautics Co. signed an agreement on cooperation for establishment of an aircraft manufacturing complex in the Kingdom of Saudi Arabia 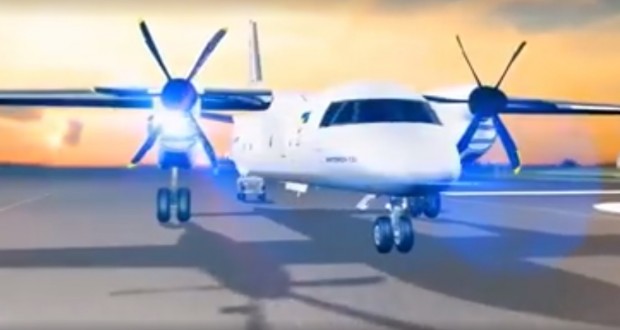 President of Ukraine Petro Poroshenko published the presentation of the AN-132 on his page on Facebook, Joinfo.ua reported.

Antonov State Enterprise, a member of Ukroboronprom group, presented a video of a new Ukrainian multi-purpose transport aircraft An-132.

On February 21, 2016 Antonov SE and Taqnia Aeronautics Co., signed Agreement on cooperation for establishment in the Kingdom of Saudi Arabia of aircraft manufacturing complex and AN−132 production in cooperation with Antonov Company. The agreement sets plans on delivery, organization of operation, after−sale support of Antonov aircraft of the AN−132, AN−148 families and AN−178.  It also concerns further joint works on organization of cooperative production of the AN−132 in Saudi Arabia.

Earlier Antonov also announced the return of the AN-22 “Antaeus” – the world’s first wide-body freighter, the appearance of which opened a new era in world aviation. An-22 – a real masterpiece of aircraft. In 1965 “Antaeus” became a worldwide sensation at an exhibition in Le Bourget. High reliability of “Antheus” was proved by operations in the harsh conditions of Siberia and the Far North of Russia.