Shares
The total amount of claims of Naftogaz in the framework of the transit contract with JSC Gazprom is $ 8.2 billion, the head of Naftogaz Andriy Kobolev told reporters the sidelines of the Ukrainian Energy Forum, organized by the Adam Smith Institute in Kyiv on Tuesday 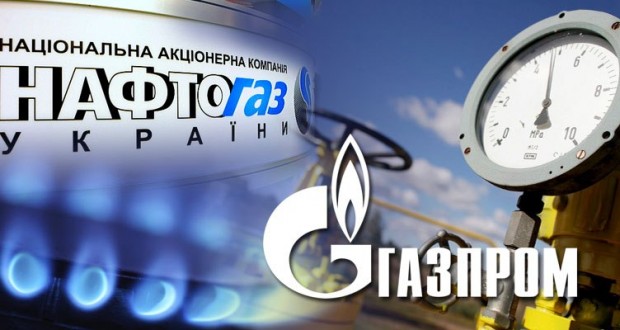 “The total amount of claims on the transit contract is $ 8.2 billion”, – Kobolev said, Joinfo.ua reports with reference to Forbes Ukraine.

Kobolev reminded that the decision of the National Energy and Utilities Regulatory Commission of Ukraine (NKRE) introduced the new tariffs for gas transportation. Thus, Naftogaz reckons that Gazprom will switch to the new system in result of the negotiations or by the court decision.

“If we reach a compromise [with Gazprom – Ed.], there may still be additional charges for the period from the start of the new tariffs”, – he said.

The head of Naftogaz also said that, since the new tariff system has already came into effect legally, but Gazprom has not switch to that yet, Naftogaz faces difficulties with regard to the payment of value added tax (VAT) on transportation.

“… We are now looking for a way out with the Ministry of Finance to pay by a cash method”, – Andriy Kobolev said.

It should be recalled that on January 19, Ukraine’s Naftogaz received a $2.5 bln bill from Gazprom for natural gas, which Naftogaz refused to buy in the third quarter of 2015, on the condition of “take or pay” under the contract as of 2009, which Ukraine argues in Stockholm arbitration court.

In turn the Antimonopoly Committee of Ukraine has fined Russian Gazprom for $3.5 bln for abuse of its monopoly position on the market of gas transit through pipelines on the territory of Ukraine. Gazprom called the fine an attempt to put pressure on the company and announced that it would go to court.