Shares
Ukrainian aircraft manufacturing company “Antonov design bureau” will present AN−132, AN−178, AN−148 at the DefExpo 2016 in Indian Goa 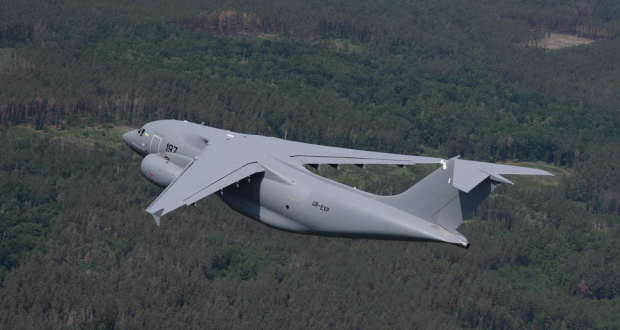 On March 28-31, 2016, Antonov Company’s delegation takes part in DefExpo 2016 exhibition in Quepem Taluka of South Goa, India. During the exhibition the company will present several aircrafts, such as a new AN−132, AN−178, according to the press release, Joinfo.ua reports.

“At the DefExpo – 2016 Antonov will present a new AN−132 multipurpose transport with payload up to 9.2 tonnes. This program is implemented jointly with partners from Saudi Arabia under participation of the leading companies of the world aircraft industry. The Indian enterprises are invited to take part in this aircraft production, and Indian ministries and authorities – to become customers of the AN−132,” – said in the statement. The company will also present AN−178 transport aircraft with payload up to 18 tonnes, and AN−148−300MP intended for maritime patrol.

It should be recalled that on February 21, 2016 Antonov Company and Taqnia Aeronautics Co., signed Agreement on cooperation for establishment in the Kingdom of Saudi Arabia of aircraft manufacturing complex and AN−132 production in cooperation with Antonov Company.