Shares
The second-largest state-owned bank in Russia, VTB, sanctioned by the US and European Union (EU) for Russia’s annexation of Crimea. But it has been doing surprisingly well in neighboring Ukraine, the Organized Crime and Corruption Reporting Project (OCCRP) said 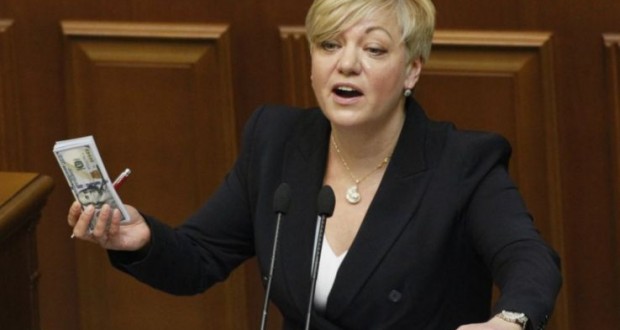 OCCRP released an article with analysis, based on the Panama Papers, about financial ties of the head of the National Bank of Ukraine with an official from the Russian VTB bank, Joinfo.ua reports.

According to OCCRP, Valeriya Gontareva, the head of the National Bank of Ukraine, has defended and supported VTB, making sure the political problems have not become banking problems. That includes sanctions by the US and EU levied in July 2014 against VTB’s Ukrainian subsidiary.

“These are banks with Russian capital, but these are Ukrainian banks where our citizens keep their money, the banks that give loans to our firms and keep accounts of Ukrainian individuals and companies,” Gontareva said. She noted in December 2015 that the bank had been monitored by Ukraine’s National Bank since 2014 and said she has no complaints about its activities, the Project reports.

VTB has done relatively well in the universally disastrous Ukrainian banking sector which suffered record losses in 2015 of UAH 66.6 billion (US$ 2.7 billion). It recently decided to increase the capital of its Ukrainian subsidiary by a sizeable UAH 8.9 billion (about US$ 340 million), showing a continued commitment to the Ukrainian market. VTB bank has pared its losses lately from 14.5 billion UAH (US $556 million) in 2014 to 4.5 UAH billion to (US $170 million) for 2015.

But, the report says, Gontareva’s open-mindedness about a bank so closely associated with a Russian leadership that seized part of Ukraine and supports a separatist movement may be due to her financial ties with an official from the Russian VTB, including a still-unexplained US$ 10 million offshore loan given to her company six months before she took over as Ukraine’s top regulator. More so, documents appear to show that the wife of this same VTB official appears to have been Gontareva’s business partner.

That’s according to documentation from the Panama offshore registrar Mossack Fonseca, obtained and shared with International Consortium of Investigative Journalists (ICIJ) and Organized Crime and Corruption Reporting Project (OCCRP) by Süddeutsche Zeitung, a German publication.