Shares
An entrepreneur has found a way to supply Italian parmesan, Dutch Gouda and British Cheddar to cheese connoisseurs in Russia, sidestepping a ban on importing European food that the Kremlin imposed in the fallout from the conflict in Ukraine. 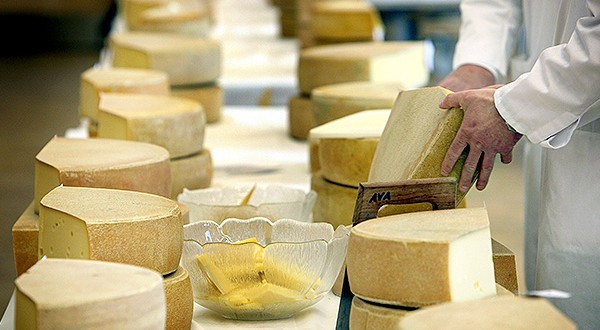 Russia’s government banned wholesale imports of fresh food products from the European Union in 2014 in retaliation for Western states imposing sanctions on Russia over its annexation of Crimea and support for separatists in eastern Ukraine, Reuters reports.

Suren Matevosyan, a Russian-educated lawyer, set up a company that takes orders for cheese online from Russian customers, then sends their purchases to them in the post.

It is legal because the online shop is in Germany, outside Russian jurisdiction, and individuals have a personal allowance of up to 5 kg of foodstuffs that they can bring in without being subject to import restrictions.

“Just yesterday we were talking to South Tyrol cheese makers,” said Matevosyan. “When they first hear ‘Russia’, they say ‘What? Russia? But there’s a ban!’ Then I explain the scheme and I can hear how their eyes begin to shine and they say ‘Yes, yes, yes, I’ll send you my proposal now’.”

Russian President Vladimir Putin has presented the embargo on European foodstuffs as a matter of national pride and a demonstration that domestic producers can meet the needs of Russian consumers without the need for foreign imports.

But in reality, the impact of the embargo has been softened because there are ways of sidestepping it – at least for those consumers with deep pockets.

A high-end Moscow restaurant in the ground floor of a building that also houses a government agency has on its menu an item called “Forbidden cheeses.” Asked what they were, a waiter said they were on the banned list.

A supermarket on the same street stocks Parma ham from Italy, and foie gras pate from France, complete with prominent labels giving their country of origin. The prices are out of the reach of the average Russian.

The embargo is so leaky that a senior Russian official, whose job includes helping to enforce it, made a joke at an off-the-record briefing with journalists about the fact that banned products were available in expensive Moscow restaurants.

To get round the ban, products may be repackaged in neighboring countries to disguise their origin, trucks in transit through Russia may secretly unload some cargo, and imported food can be documented as something else.

Tatiana, 36, a manager at an international company in Moscow, says Russian cheese tastes of “modeling clay” and she prefers cheese from abroad.

“I buy it because it tastes of cheese, not fat. Most of the Russian cheese I’ve tried does not taste like cheese,” she said.

Yevgeny Kuklin, 40, a lover of French cheese, also dismissed the local product: “Sanctions have complicated life. There is not much cheese and it’s mostly no good,” he said.