Shares
The Antonov Design Bureau, a Ukrainian aircraft manufacturing and servicing company, which is part of the state-run Ukroboronprom Concern, plans to supply its first An-132 aircraft to a customer under a contract with Saudi Arabia's scientific organization KACST in early 2017. 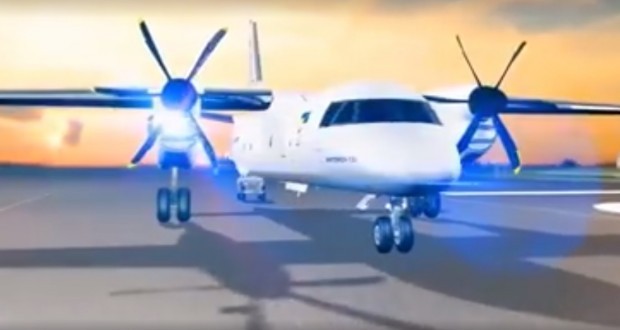 This aircraft was designed and built with the use of Europe- and U.S.-supplied components, as well as domestic ones, according to Oleksandr Khokhlov, the director of the An-132 program and deputy chief designer at Antonov, UNIAN reports.

“Now the aircraft is at the final assembly stage during which the aircraft’s systems and equipment are being installed. The maiden flight is planned in the fourth quarter of 2016, and in the first quarter of 2017 we plan that together with our Arabian partner we will present the aircraft to potential customers from Saudi Arabia,” Khokhlov said.

He stressed that the aircraft fully meets the customer’s requirements and is a good example of import substitution in the domestic production of aircraft.

“Despite the fact that the An-132 is a comprehensive modernization of the An-32 and the An-26 which were designed during the Soviet era, using Russian components, our principled position was to abandon cooperation with Russia, not only for political but also purely economic reasons,” Khokhlov said.

At this, Khokhlov noted that in case of signing firm contracts for the construction of new An-132 aircraft, as expected by the Ukrainian company, it will be able to quickly launch a full-scale production of aircraft using own production capacities.

“We possess relevant technical capabilities. In fact, we can carry out a full-scale production of aircraft or share part of the production process with the Saudi company according to a cooperative scheme. Currently they can take on only a small production segment, but they are considering options to expand it. Besides, a joint marketing strategy is more important to us now than industrial cooperation. Entering Saudi Arabia’s market with the An-132 aircraft will allow us to gain a foothold not only on that market but in the entire Middle East region, focusing later on Latin America and India’s markets, where Antonov’s aircraft have long proved successful,” Khokhlov said.

In late February 2015, Ukraine’s Antonov and Saudi Arabia’s Taqnia Aeronautics signed a cooperation agreement on the establishment in the Kingdom of Saudi Arabia of aircraft manufacturing complex and the An-132, An-148 and An-178 production. Antonov company estimated that the market demand for the An-132 aircraft in the next 20 years would be 900 units.

Take a look at the presentation of the AN-132: