Antonov An-132 to fly this autumn – Head of UkrOboronProm

Shares
Ukrainian Antonov design bureau plans to manufacture the first demonstrator An-132 in record time: this fall the aircraft may hit the skies, according to UkrOboronProm Director General Roman Romanov 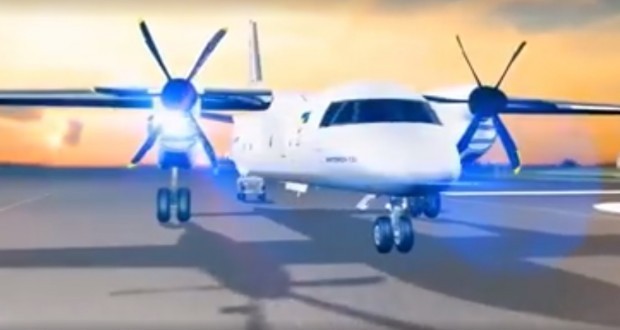 “An-132D is the first global project of Antonov with the world’s leading aviation companies. This is a sample of import substitution program implementation: the aircraft won’t have any Russian component”, said Roman Romanov at the meeting with foreign media at the Farnborough Air Show 2016, Joinfo.ua reports with reference to the concern press release.

More than a half of components will be produced by domestic enterprises; world’s best companies will deliver the remaining spares. In particular, Pratt & Whitney Canada PW150A will provide turboprop engines and British Dowty Propellers will supply with propellers R-408. The aircraft will be powered with avionics and power supply system by American Honeywell, and air preparation system by Liebherr.

“An-132 is a new Ukrainian product, developed in accordance with cooperation model of world leading companies. An-132 will have competitive advantages in the market. This is the symbiosis of the best advanced technologies”, – said the head of “UkrOboronProm.”

The ANn-132 – intended for short- and medium-haul routes – will have varied use, from troop transport to cargo and can be outfitted with a variety of cabin configurations. The aircraft will have a maximum cruising speed of 500 kilometers per hour and a maximum cruising altitude of 9,000 meters with a maximum payload of 9.2 tonnes. The An-123D demonstrator is being developed by Antonov, together with Saudi Arabia’s King Abdulaziz City for Science and Technology.

It should be recalled that Antonov also signed a contract with Canadian Esterline CMC Electronics (CMC) on supply of cockpit avionics.