Shares
There are few cars as iconic as the VW hippie van and therefore there is a rumor that the German carmaker would bring it back to the market. 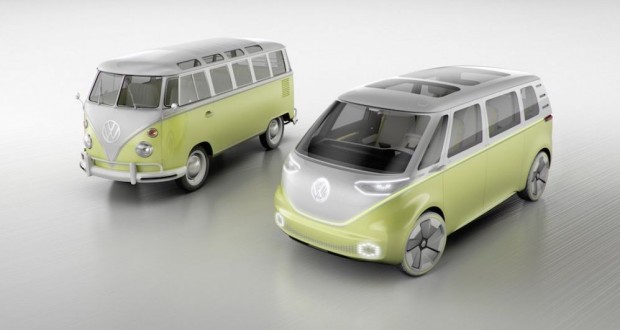 This time the VW puts an electric prototype, though it seems to take a long time at the Detroit Motor Show (NAIAS 2017) will come to the real market.

VW’s reputation was damaged badly by the “Dieselgate”, so the company is going to focus on electric cars. Now it is also working on an electric version of its legendary minibus, which was very popular in the hippie age.

The prototype I.D. Buzz concept is a self-driving, electric microbus. It was presented the North American International Auto Show in Detroit (NAIAS 2017) Sunday.

The van can drive about 600 kilometers on a single charge. There are seats for 8 people in the salon, but you can also remove the seats to have more storage space.

The I.D. Buzz is a concept yet, but Volkswagen plans to reach a sales target of 1 million electric vehicles annually by 2025.

It should be recalled that a Volkswagen executive has been recently charged with conspiracy to defraud the U.S. over the company’s diesel emissions scandal.