Shares
A baseball signed by US President Donald Trump has just sold for over $2,000 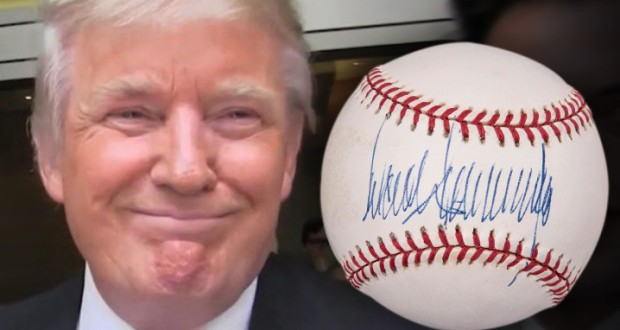 Goldin Auctions put the authenticated Trump signed baseball on the block and it got 27 bids — the final price was $2,082.50 when the metaphorical gavel sounded, TMZ reports.

As we previously reported, Trump balls would routinely sell in the $100 to $200 range before he took office. Now, his signature is worth more than several other U.S. presidents. A George Patton handwritten and signed letter to his sister from 1915 didn’t sell. The minimum bid on that was $1,500.

Oh, and here’s Trump singing “Take Me Out to the Ball Game” – priceless.