Shares
The major retailer Nordstrom has officially dropped Ivanka Trump's fashion brand because of a shoppers boycott due to her father's controversial policies as president. 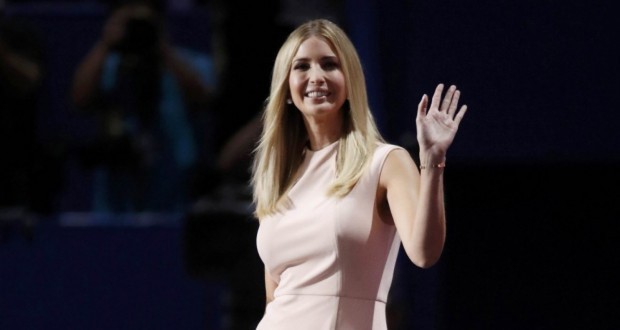 Nordstrom said on Thursday that it would stop selling Ivanka Trump items this season because of the controversial brand’s performance, a move that follows boycotts by some shoppers who are angered by her father, President Donald Trump, and his White House policies, Joinfo.com reports with reference to Fortune.

The luxury retailer, which has faced calls for months to dump Ivanka Trump merchandise, said that Nordstrom switches out about 10% of its assortment each year to refresh it as a matter of course in running its business, culling lines that aren’t selling well enough.

“We’ve said all along we make buying decisions based on performance,” a Nordstrom spokeswoman told Fortune in an emailed statement. “In this case, based on the brand’s performance, we’ve decided not to buy it for this season.”

Ivanka Trump’s brand had been the target of the grassroots “Grab Your Wallet” campaign, which maintained a list of retailers it recommended shoppers boycott.

Nordstrom recently began phasing out items from Ivanka Trump’s collection on its website, which carries some 2,000 brands. A few heavily discounted items remain for sale on the site.

The retailer has carried items by Ivanka Trump since 2011. In an email to staff obtained by Fortune in November, Co-President Pete Nordstrom recognized the conundrum and said he was aware of boycott threats from customers.

“No matter what we do, we are going to end up disappointing some of our customers. Every single brand we offer is evaluated on their results—if people don’t buy it, we won’t sell it,” he said.

The company also responded at the time to the criticism on Twitter, saying: “We hope that offering a vendor’s products isn’t misunderstood as us taking a political position; we’re not.”

The whole contretemps illustrates how perilous the tense U.S. political climate can be for retailers. When President Trump called many Mexicans killers and rapists during his campaign in mid-2015, Macy’s dropped his clothing collection sold there, earning the department store chain a lot of vitriol from his supporters.