Shares
First lady Melania Trump said in a lawsuit Monday that her lucrative personal brand was damaged by an online article that alleged she worked as an escort in the 1990s. 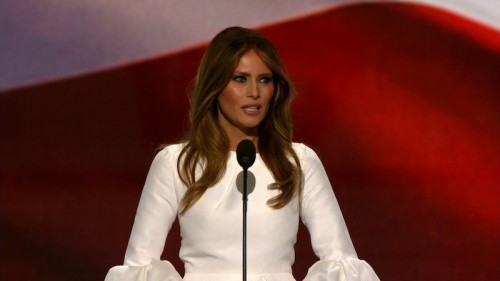 The suit, filed in New York Supreme Court, said the Mail Online, in its August article hit just as Trump was about to enter the White House and embark on a “once-in-a-lifetime opportunity, as an extremely famous and well-known person,” USA Today reports.

More explicitly, the suit claims the article “impugned her fitness to perform her duties as First Lady of the United States.”

Indeed, records show the U.S. Patent and Trademark Office granted a trademark to “MELANIA” in 2013 for cosmetics.

On Jan. 17, just days before the inauguration, the office signed off on protecting “MELANIA” for a line of jewelry. Both are held by solely by Melania Trump and registered to her address in Trump Tower.

Trademarks protect words, names and symbols for goods and services that are tied to the source of those goods. Trademarks, unlike patents, can be renewed forever as long as they are being used in commerce.

The Mail Online retracted its article and faced another defamation suit from Trump, which was dismissed in Maryland last week.

Beverly Hills attorney Charles Harder issued a statement on behalf of Trump, along with the retraction from Tarpley on Tuesday:

In a bid to dismiss the case, attorneys for Tarpley mounted a SLAPP defense — arguing it was a Strategic Lawsuit Against Public Participation since it inhibited Tarpley’s First Amendment rights to free speech. Maryland, like many other states, has an anti-SLAPP law to prevent those suits.

That law became an issue for Donald Trump in his threats against outspoken critics before and during the campaign.

Tarpley’s attorney’s argued since Melanie Trump is a public figure, the bar for defamation is much higher and requires “actual malice.”

It should be recalled that Belk retailer has dropped Ivanka Trump brand from its website, days after Nordstrom, citing declining sales, announced that it would phase out Trump’s brand.