Shares
Donald Trump may have only been in office for three weeks, but he's already started to work his entrepreneurial magic. 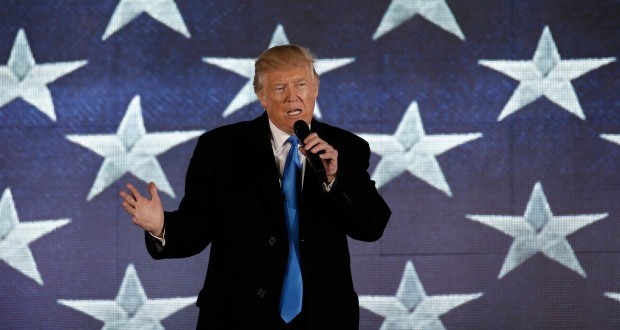 Taking to Twitter to lambaste Nordstrom for withdrawing his daughter Ivanka’s clothing line, he unleashed an outpouring of consumer love. The store’s stock finished the day up 4%, CNN reports.

Meryl Streep’s performance in “Florence Foster Jenkins” is not her best work, but a high-profile spat with the US President has likely helped secure her a record 20th Oscar nomination.

But perhaps the greatest beneficiary of Trump’s bile has been his most-hated foe: the mainstream media. Despite being labeled as “fake news,” the “unfair” and “failing” New York Times has seen a tenfold increase in subscriptions since the election.

So beneficial is Trump’s Midas grope that it’s likely we’ll see more brands clamoring to get in on the protest points.

Through his puffed-up ego, Trump is apparently unaware that by tweeting his opprobrium he is giving his antagonists a fantastic platform.

When trying to cut through the noise, it is often outrage that rises above all else. It’s a long-held view in the world of publishing that books by first-time writers that receive negative reviews are more likely to do well than those that are praised. To paraphrase Joseph Conrad, there’s a fascination to the abomination.

It is one of the oldest tricks in the public relations playbook to provoke the beast. As a promoter with an edgy show to sell, the best you can hope is for it to be picketed by the irate and narrow-minded.

The great masters of controversy chasing were the Sex Pistols and their manager Malcolm McLaren, who together created the idea of punk as a slap in the establishment’s face.

Where to be banned from the BBC would conventionally have been career suicide, for the Pistols to release “God Save the Queen” — on her majesty’s Silver Jubilee no less — was a work of disruptive genius that earned the group a No. 2 hit on the UK charts.

Still, before every brand strategist and PR executive in the United States begin work on their four-year plan for bashing Trump, there are two crucial things to consider.

First, Trump doesn’t need much baiting. For Arnold Schwarzenegger it was simply not being Donald Trump. There will be diminished gains to be had as the number of personalities and brands that fall short of this impossibly high standard adds up.