Shares
Snap, the parent company of Snapchat, had a great day in its debut on the New York Stock Exchange. 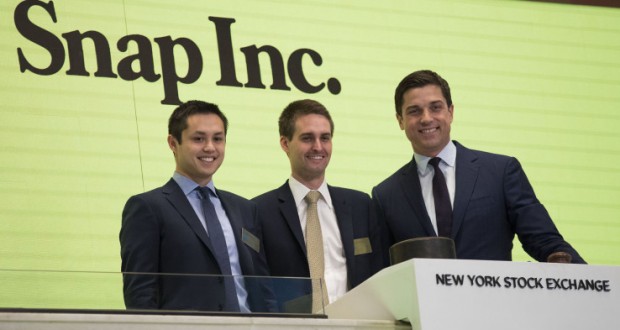 After pricing the IPO at $17 per share yesterday, the stock opened at $24. It then closed the day at $24.51, a 44% premium to the people who bought it yesterday, Joinfo.com reports with reference to TechCrunch.

But like with all IPOs, not everybody got to access Snap’s IPO price. This is usually reserved for a smaller group of institutional investors and high-net worth individuals who are on good terms with the banks. Most investors didn’t have a chance to buy until today, so the gains for them are much smaller.

Snapchat went public at what was an interesting point in the company’s history. Unlike many companies like Uber and Airbnb with sky-high valuations, Snapchat decided to go public earlier in its monetization, probably because it’s better to go public before the market considers the company overvalued.

Yet Snapchat is entering the markets at a time when growth has slowed, possibly due to Instagram copying its “stories” feature. And while revenue is quickly growing, they are also significantly unprofitable.

Hemant Taneja, an early investor in Snapchat and managing director at General Catalyst, said he was excited about Snapchat early on because of the “richness of innovation.” He saw that founder Evan Spiegel was “determined to make technology work for us, rather than change behaviors necessarily — like with ephemeral nature of communications.”

Unlike Facebook, Snapchat’s images disappear by default, a feature that baffled many people initially. But it proved to be popular and today’s debut on the stock market is a pivotal moment in technology history.