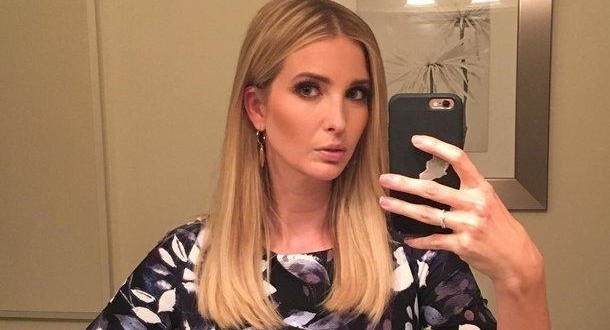 “Since the beginning of February, they were some of the best performing weeks in the history of the brand,” Abigail Klem, the president of the Ivanka Trump fashion brand, tells Refinery29 in an interview published Tuesday. “For several different retailers Ivanka Trump was a top performer online, and in some of the categories it was the [brand’s] best performance ever,” according to The Hill.

The news of a sales surge comes after Nordstrom announced in early February that it would no longer carry the 35-year-old’s clothing and accessories, citing poor product sales. The move caused President Trump to tweet shortly after the announcement that his daughter was being “treated so unfairly” by the luxury department store giant.

Also last month, Neiman Marcus stopped carrying the first daughter’s jewelry line on its website, and employees of T.J. Maxx and Marshalls stores were instructed to throw away any signage advertising her wares.

The Office of Government Ethics recommended disciplinary action against White House adviser Kellyanne Conway after she urged viewers to “go buy Ivanka’s stuff” during a February interview on “Fox & Friends.”

A campaign called Grab Your Wallet, which is critical of the Trump administration, asked shoppers to boycott retailers with any Ivanka or Donald Trump-branded products.

The mother of three announced in January that she would take a formal leave of absence from her apparel and accessories firm after her father became commander in chief, saying she would “no longer be involved with the management or operations” of the company.

Klem, a registered Democrat, says she attempts to limit any chatter between herself and the company’s namesake. “I really like Ivanka. We’re business associates. We’re very close in a way. … But I want to do this with real integrity. So I feel like, while we’re not banned from speaking personally, I think it’s easier if we talk as little as possible.”

“It’s unprecedented what this brand is dealing with,” says Klem. “We are really committed to having the brand be separate, even from [Ivanka], so certainly her dad is even more distant from that. We’re committed to doing everything we can to carve an identity for this brand that is about what the brand stands for and the core brand attributes. And so absolutely, it complicated matters.”