Shares
The commercial, in which the reality TV star uses a sugary beverage to soothe tension between protesters and police, is going viral for all the wrong reasons 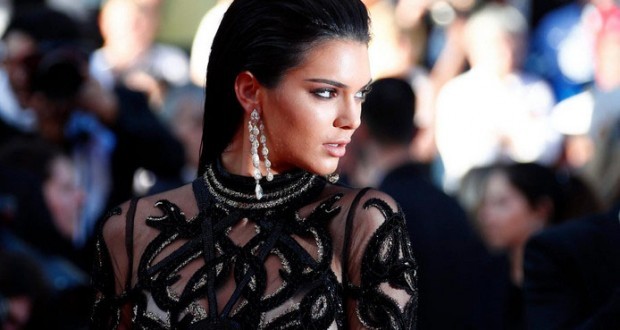 Pepsi faced a backlash on Tuesday after releasing an advertisement in which reality TV star and model Kendall Jenner uses a can of the sugary beverage as a peace offering to police during a protest, Joinfo.com reports with reference to The Guardian.

The ad has been criticized for seemingly co-opting the resistance movement while framing a privileged, white 21-year-old supermodel with a can of soda as a peacemaker between civil rights activists and police.

The two-and-a-half minute ad, soundtracked by Bob Marley’s grandson Skip Marley, shows the Keeping up with the Kardashians star walking out of a photo shoot decked in double denim to join a protest where breakdancing and headscarf-wearing activists of all ethnicities carry signs bearing peace symbols and messages like “join the conversation” and “love”.

As the march reaches a line of police officers, it’s impossible not to think about the violent clashes between activists and police in the wake of several killings of unarmed people of color and the use of excessive force at recent protests, including the pepper spraying of Black Lives Matter supporters.

No need to worry, however, as Kendall Jenner picks up a can of liquid corporate America and approaches the menacing line and hands it to the most photogenic officer. It’s a clear nod to iconic protest images such as the serene woman at Baton Rouge following the fatal shooting of Alton Sterling by police and the anti-Vietnam war “flower power” protester placing carnations in rifles. 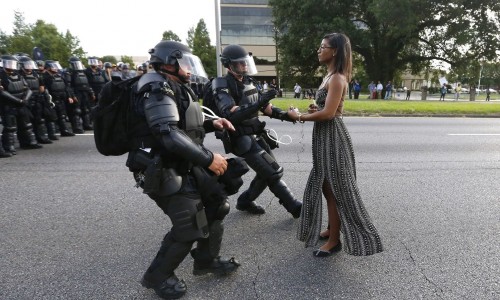 But the police officer does not pepper spray or shoot unarmed Jenner. Instead, he hesitates for a moment before accepting the peace offering and opening the can of soda. The moment is captured by a hijab-wearing photographer, who appears awed by Kendall’s radical act of bravery. The crowd goes wild, Jenner has clearly restored peace and justice to America. Finally, thanks to her and Pepsi, all is good in the world.

On Tuesday night, Pepsi said in a statement: “This is a global ad that reflects people from different walks of life coming together in a spirit of harmony, and we think that’s an important message to convey.”

At the time of writing, Pepsi was the top trending topic on Twitter for all of the wrong reasons.

Y’all gonna sit here and act like MLK Jr. and Michael Jackson didn’t end the LA Riots with a can of Pepsi, a catwalk, and a blonde wig?

If they only would have given the cops a Pepsi.. pic.twitter.com/gu1axy5Egv

Has anyone done this yet with the Kendall Jenner @Pepsi ad? pic.twitter.com/7naCKly6WH

“Kendall please! Give him a Pepsi!” pic.twitter.com/IntFNmCpTr

It’s not the first time that a sugary drink brand has tried to capitalize on a message of peace and love at a time of protest. Coca-Cola’s 1971 “Hilltop” ad, made during the Vietnam War and immortalized in the Mad Men finale, pitched Coke as some kind of grand unifying beverage.