Shares
Tesla executive Klaus Grohmann was ousted last month after a clash with Chief Executive Elon Musk over the strategy of Grohmann's firm, which Tesla had acquired in November, a source familiar with the matter told Reuters. 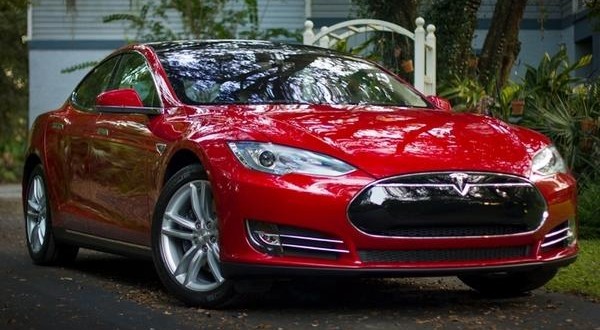 The Silicon Valley luxury electric carmaker is counting on Grohmann Engineering’s automation and engineering expertise to help it ramp up production to 500,000 cars per year by 2018, according to Reuters.

At the time of the purchase, it described Klaus Grohmann and the company he founded as a “world leader in highly automated manufacturing”.

Tesla planned to keep Grohmann on, and Grohmann wanted to stay, but the clash with Musk over how to treat existing clients resulted in his departure, the source said.

Reached by phone, Klaus Grohmann declined to comment on the circumstances of his leaving, citing confidentiality clauses.

“I definitely did not depart because I had lost interest in working,” Grohmann said, without elaborating.

A Tesla spokesman, asked about Grohmann’s departure, praised him for building an “incredible company” and said:

“Part of Mr Grohmann’s decision to work with Tesla was to prepare for his retirement and leave the company in capable hands for the future. Given the change in focus to Tesla projects, we mutually decided that it was the right time for the next generation of management to lead.”

Two sources familiar with the matter said Tesla’s plans to ramp up production with the help of the company now renamed Tesla Grohmann Automation remain on track.

The management layer below Klaus Grohmann is continuing his work, they told Reuters. But they said parts of the workforce felt insecure about becoming so dependent on one client after the founder’s departure.

Last year, Tesla had said: “Under the continued leadership of Mr Grohmann, several critical elements of Tesla’s automated manufacturing systems will be designed and produced in Pruem, to help make our factories the most advanced in the world.”

“Our factories are so important that we believe they will ultimately deserve an order of magnitude more attention in engineering than what they produce. At very high production volumes, the factory becomes more of a product than the product itself,” Tesla said at the time.

Tesla started out as a client of Grohmann Engineering, a small unlisted company based in Pruem, near the Luxembourg border, that helped companies design highly automated factories, a source familiar with the company told Reuters.

As pressure grew to increase production volumes at Tesla, Musk decided to buy Grohmann Engineering and make Pruem a base for Tesla Advanced Automation.

Negotiations have started with some of the clients about how to compensate them for lack of resources devoted to their projects, one of the sources said.

See also: Tesla is making a big expansion to its Supercharger network.