Shares
Tesla is opening up pre-orders for its solar roof tiles today — a little later than previously slated. 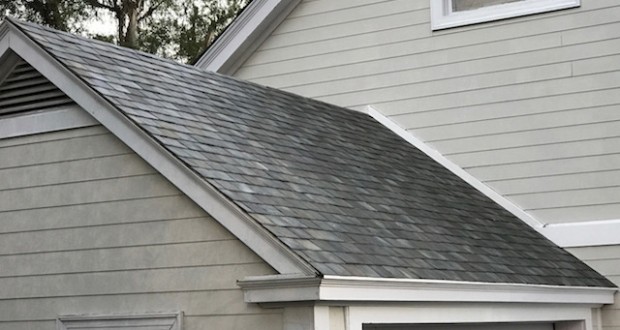 CEO Elon Musk tweeted that the company will be accepting orders for the tiles from later this afternoon. Although only two of the four possible tile styles are being made available at this point, according to TechCrunch.

Responding to a question via Twitter Musk said the first version of the tiles that can be pre-ordered are the black glass smooth and textured versions.

Tuscan and French slate versions will be available to order “in about six months”, he added.

Musk said the tiles can be ordered “for almost any country”, including specific confirms for Australia and the UK.

He also confirmed that deployment — i.e. delivery and installation — will be this year in the US, and in 2018 for overseas orders.

There’s no official confirm on price yet which really is the key detail here. Because, while traditional solar panels may look unsightly, the historical cost of the renewable technology has undoubtedly been the biggest barrier to wider uptake — though the price of solar has also been falling significantly in recent years.

Which implies solar tiles will require an initial outlay that’s more than the upfront cost of a traditional slate roof.

Tesla solar glass roof orders open this afternoon. I think it will be great. More in about 10 hours …

The tiles are transparent to allow sunlight to penetrate the cells from above but appear opaque when viewed from an angle. And they have roughly equivalent efficiency of traditional solar power gathering cells, while aiming to blend in rather better with traditional roofing aesthetic.

The product is being billed as being able to generate enough energy to fully power a household. While any excess power generated could be stored in Tesla’s Powerwall 2.0 battery units, giving the homeowner a backup energy source to cover demand spikes.