Shares
More and more are opting to use Kodi for their streaming needs - be it films, sport or television 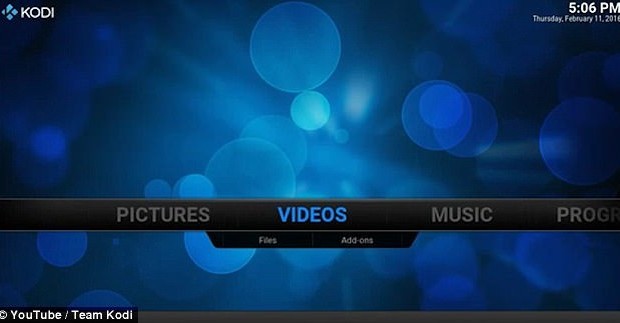 Kodi users are facing a crisis – after one of the most popular add-ons decided to call it a day, according to BirminghamMail.

Kodi was was originally created for the Microsoft Xbox and Xbox Media Center (XBMC).

But the software has continued to evolve, spawning a community of its own.

Unlike services like Chromecast or Plex, Kodi is managed by the non-profit XBMC Foundation.

And it’s constantly being modified and upgraded by hundreds of coders around the world.

More and more are opting to use Kodi for their streaming needs – be it films, sport or television.

But Navi-X, a popular add-on among Kodi users, has called it a day.

Speaking about why it closed, the Navi-X team said: “Every good thing must come to an end.

“After ten years of successful operation, Navi-X has sadly being discontinued. Navi-X was first released in April 2007, and is the oldest Kodi addon of its kind.

“The main reason why the decision was made to discontinue the Navi-X service is the current legal climate surrounding Kodi.

“In case you aren’t aware, the abundance of preloaded Kodi box sellers has resulted in a lot of heat on Kodi in the United Kingdom and elsewhere.

“It’s unfortunate, because the people who are bringing the heat have nothing to do with the Kodi community anyway, they’re just leeches trying to profit from the hard work of Kodi developers.

“Nevertheless, hosting Navi-X playlists is no longer something we feel comfortable doing due to the potential liability that comes with it.

“Navi-X had slowly become overrun with people trying to make a quick buck.” Continues the post.

“Many were using it as an easy way to advertise their paid IPTV services to our users, which is something we’ve always been strongly against.

“We also had found that a lot of adult content was improperly labelled, which is a pretty big problem in itself for anyone with a family.

“We tried to moderate the database, but there was just too much content, no one had the time to watch thousands of videos to remove ads and distasteful content.”

Designed to run on computers and home servers connected to larger TVs, Kodi pulls content directly to your front room.

Kodi isn’t held back by licensing or a curated app store, so it lets you download a range of community-made apps, and watch whatever you like.

Most of the add-ons listed below are available directly from the Kodi Add-on Repository.

The doubts about Kodi’s legality basically comes down to piracy.

So, if an add-on is letting you access movies which aren’t even out on DVD yet, you may want to avoid it.

Likewise, if they are showing films which are currently out at the cinema – like La La Land right now – you could potentially be accessing pirated content.

The same applies to TV, of course.

If you see an add-on that lets you watch shows from HBO, Sky or Netflix Originals without subscribing to those service then it is most likely to be illegal.