Shares
The day after President Trump’s youngest son, Barron Trump, was spotted wearing a particular J.Crew shirt, the shirt appears to be sold out online. 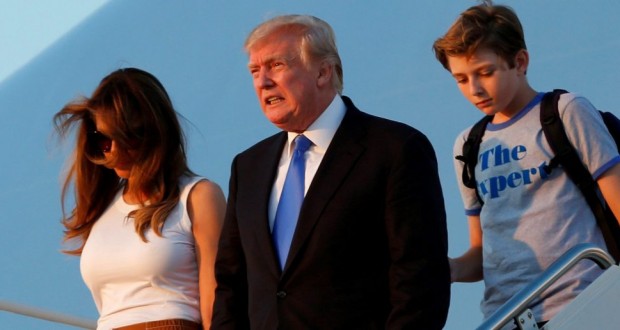 Barron was seen wearing the the T-shirt, with the words “The Expert” emblazoned across the front, as he and first lady Melania Trump arrived at Andrews Air Force Base in Maryland on Sunday.

“Whatever his skill set may be, this is the T-shirt that identifies him as the expert,” the J.Crew website states, according to The Daily Caller, although it now contains an additional note: “We’re sorry. This item has been so popular, it has sold out.”

This isn’t the first time clothing has flown off the shelves after a member of the Trump family was seen wearing it. The dress Melania Trump wore to the Republican National Convention last July sold out within an hour of her speech.

It should be recalled that President Donald Trump’s wife, Melania, and youngest son, Barron, have moved into the White House Sunday, four and a half months after the president was sworn into office.