Shares
Travis Kalanick, the CEO and cofounder of Uber, told staff Tuesday he will take time off in order to grieve for his mother, who recently died in a tragic boating accident. 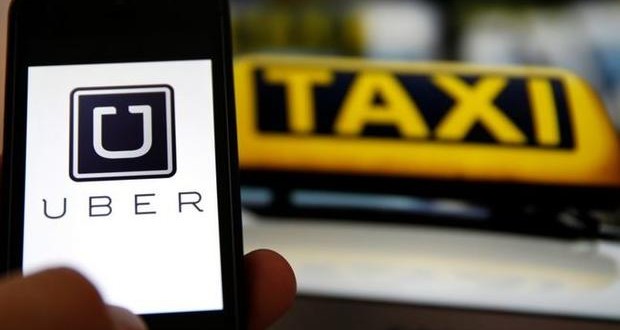 “It’s hard to put a timeline on this — it may be shorter or longer than we might expect,” Kalanick wrote in a company-wide memo, according to CNN. “Tragically losing a loved one has been difficult for me and I need to properly say my goodbyes.”

Uber hired Holder to conduct the probe after a former engineer named Susan Fowler blogged about her experience in February. Fowler claimed the company refused to properly address sexual harassment that she and other women had reported.

The report recommended reevaluating Kalanick’s responsibilities at the company as well as “enhancing board oversight” and boosting the board’s independence.

It also suggested establishing protocols for escalating HR complaints, as well as modifying Uber’s performance review process to create transparency and provide continuous feedback to employees. The report said there needed to be a more professional work environment, and suggested restricting reimbursement of alcohol-related events and prohibiting romantic relationships within the same chain of command.

Uber has been hit by an endless series of PR crises and an executive exodus in the months since Fowler’s post, casting doubt on the $68 billion startup’s leadership and momentum.

Uber’s board met for seven hours Sunday to approve all the recommendations from the report and weighed the future of Kalanick and his right-hand man, Emil Michael.

Michael, Uber’s SVP of business, left the company after the board meeting. That makes him the most high-profile executive departure during Uber’s ongoing crises.

Separately, Uber announced last week that it was firing 20 employees after a parallel investigation from another law firm. Dozens more employees were placed in training or counseling.

Fowler was less than impressed by the recommendations, describing it in a tweet as “all optics.” Uber investors, however, sounded a more positive note.

“The recommendations are both thoughtful and extensive, and we are very encouraged that they have taken this as seriously as we had hoped,” early Uber investors Mitch and Freada Kapor wrote on Tuesday. The Kapors had previously blasted the company’s culture.

“Uber’s termination of a number of employees, including some in senior leadership, has also shown sincerity in action,” they added.

Another Uber investor described Michael as “the worst part” of its culture and the “driving force behind that company being out of control.”

But others had characterized Michael as a scapegoat. Michael’s name was mentioned alongside Kalanick in multiple scandals revealed recently.

Michael visited an escort bar in South Korea with Kalanick and other employees in 2014. He was also said to have been one of the executives who viewed medical records of a woman who had been raped by an Uber driver in New Delhi.

Despite outside pressure, the decision to step aside or not likely rested with Kalanick. He and his allies from Uber’s early days are said to dominate the board’s voting power.

Kalanick previously admitted he needed to “fundamentally change as a leader and grow up” after video surfaced of him arguing with an Uber driver.

A source at Uber previously told CNN Tech there is a key effort underway to fill top leadership positions around Kalanick with seasoned executives. That included a search for a COO who might do for Kalanick what Sheryl Sandberg did for Mark Zuckerberg at Facebook.

Uber currently has no COO, CMO, CFO or president.