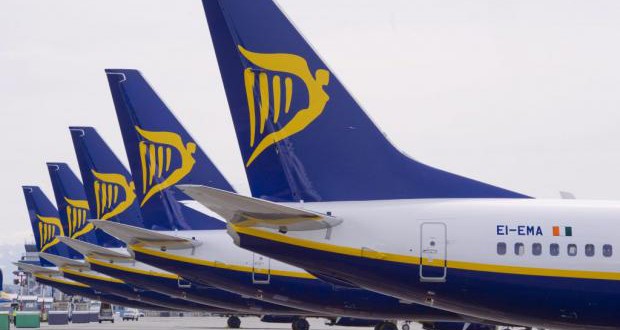 Ryanair announced on July 10 that it cancels its planned entrance to Ukraine after the Kiev airport failed to comply with the agreement reached in March at the Ministry of Infrastructure of Ukraine with airport officials and the airport director, Mr Riabikin, according to the official statement.

“Ryanair, Europe’s No.1 airline, today (10 July) announced that it has cancelled its planned entry into Ukraine following Kiev airport’s failure to honour a growth agreement reached at the Ministry of Infrastructure with airport officials and the current Airport Director General, Mr Riabikin, in March of this year,” the airline said.

As we reported in April, Ryanair announced a launch of regular flights from the Kiev airport.

As the airline stated, the Kiev airport instead opted for the protection of airlines with high tariffs (including Ukraine International Airlines) which deprives Ukrainian consumers and visitors of access to the lowest fares in Europe and the widest network of routes. As a result, Ryanair has no choice but to cancel 4 new Kiev routes and 7 new Lviv routes, which will result in the loss of more than 500,000 passengers and 400 jobs, according to the statement.

Ryanair sincerely apologizes to many customers who booked flights with low prices to and from Ukraine, all of which will be contacted by e-mail and will be refunded for canceled flights.

Ryanair also said it will transfer this capacity to competing markets, such as Germany, Israel and Poland instead.