Shares
Once again, the Russian propaganda has reached its heights. The producer center ‘Set’ has circulated the offensive appeal of the ‘Combative Buryats of Putin’ to the ‘frightened Ukrainians.’ 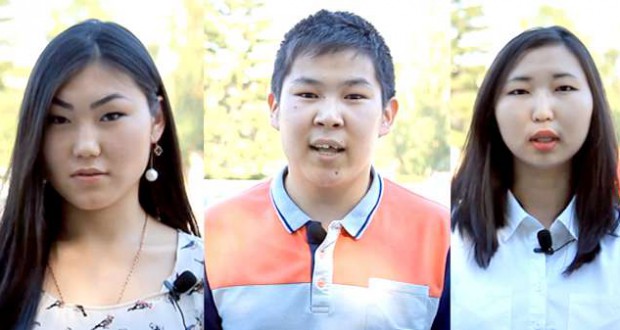 The address was filmed on the initiative of the authorities of the Republic of Buryatia by the students of local universities.

We present you the full text of the message.

“We, the combative Buryats of Putin, are addressing the frightened residents of Ukraine. You are so succumbed to paranoia, that you are afraid of your own shadow.

“At one time, brotherly nations become enemies to you, you are building barriers, reject your own history, succumb to provocations.

Nobody will be surprised if you say that our combat troops entered Kyiv.

You see the Buryats, Russians, Chechens, and the Main Intelligence Directorate of Russia everywhere, as if all of the nations of the great Russia have ganged up against you.

The next step will be the news about the hobbits sent by Putin and detained in Ukraine.

If we would have been in Ukraine, the whole oligarchic junta deceiving and intimidating the population would come to an end.

And if the homeland calls, we will be ready to help the people with whom we have experienced so much.

But this government is your choice and your responsibility.

One can judge how it exploits the population by the economic situation, which has long been flying into the European crotch of Conchita Wurst.

Who you do need to be afraid of is not fictional enemies, cartoonishly drawn by the controlled media, and those who have taken away your country, freedom of which was generously paid by the lives of millions of the Buryats, Russians, Chechens, Ukrainians, Belarusians, and many other peoples of the Soviet Union during World War.

You need to be afraid of those who came to power by force of arms, whose thoughts have long been on the coast of San Francisco, and whose hands are still in the pockets of the frightened Ukrainians.

’Cui prodest?’ the ancient Romans said. ‘To whose benefit?’ Breaking of millions of economic and family ties is definitely not to Russia’s benefit. Russia needs a strong and independent neighbor.

We wholeheartedly support the people of Ukraine, but it’s you who have to make a decision.

We invite you to Buryatia, where you will finally relax, taste our most delicious Buuz, admire Baikal and take a rest from your phobias.

You will see that the Buryats are kind, strong and hospitable people who love their land, their country and their leader Vladimir Putin.”