Shares
After his victory over Dereck Chisora, Tyson Fury has become the official challenger for the WBO heavyweight title, which belongs to Wladimir Klitschko. 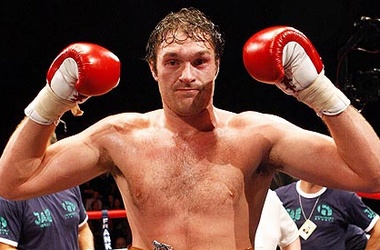 After the 10th round Chisora's team asked to stop the fight. After this victory, Fury became the official challenger for the WBO heavyweight title, which belongs to Wladimir Klitschko.

"Wladimir Klitschko, I'm coming for you, baby. I'm coming. No retreat, no surrender. I am very proud of the fight with Chisora. I don't think another heavyweight could box him like that," said Fury.

It is to be noted that the first meeting of Fury and Chisora took place on July 23, 2011. Back then Fury defeated his opponent too.

Earlier it was reported that American Bryant Jennings, the mandatory challenger for the WBC title fight can become a new rival of Klitschko.

Recently, Klitschko said that choosing a future opponent he will rely on the opinion of his fans. Also it is known that Klitschko can get a chance to become the undisputed world heavyweight champion.