Shares
On the Internet there appeared the first wedding photos of the main Hollywood bachelor Clooney and beauty Amal Alamuddin whose wedding ceremony took place two month ago. 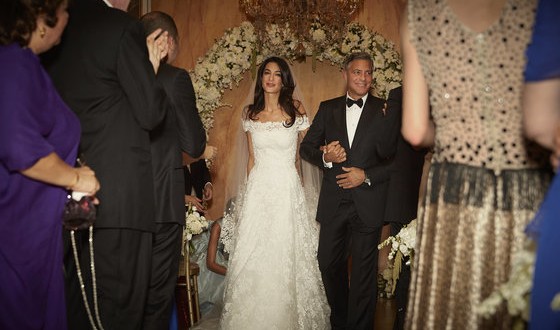 As it is well known, long before the wedding George Clooney had a bet with friends that he would never get married. However, the dark-haired beauty Amal broke all beliefs of the Hollywood bachelor and walked him down the aisle. The guests and parents of the couple came to the ceremony in luxury outfits on vintage motor boats, holding their perfectly arranged curls. Only two months after the event the photos from the wedding became accessible for the World Wide Web users.

We have already mentioned that actor George Clooney annoys his young wife Amal with his bad habit.