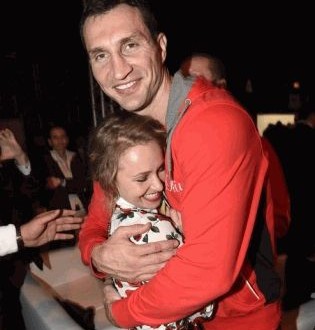 Not so long ago it was reported that Wladimir Klitschko and Hayden Panettiere were looking forward to their firstborn. And this long-awaited event happened. Finally, Hayden gave birth to Klitschko's baby, joinfo.ua informs.

A week ago the foreign sources reported that the expectant mother Hayden was enjoying her life tanning at the beach. And today the news about Panettiere having a baby appeared like a bombshell in the media.

The event happened in the evening, December 4. Wladimir's brother, Vitaly Klitschko announced the birth of the baby.

"Any moment I will become an uncle for the first time. I"m waiting for the news from the U.S. from Wladivir and Hayden :)" Vitaly Klitschko wrote.

So far, it is unknown how the young mother feels after delivery. Also, there are no reports about the gender of the newborn baby. However, according to preliminary reports from the foreign sources, actress Hayden Panettiere and Wladimir Klitschko were expecting a girl.

Earlier it was reported that before the birth of the baby the couple had a difficult period in their relationship. Foreign journalists were even saying the couple might not get married at all.