Shares
Kate Middleton and Prince William met with the American star couple of the singer Beyonc? and rapper Jay-Z. 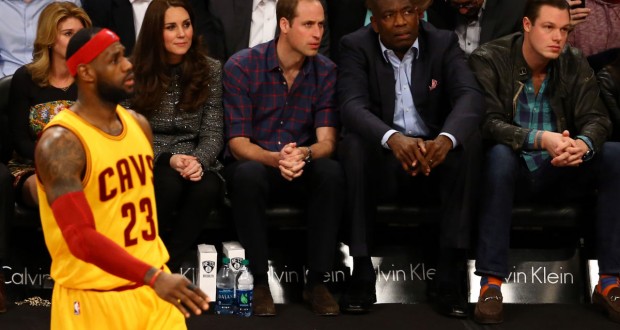 Yesterday the high-ranking couple arrived in the United States to hold several meetings. In particular, the Duke and Duchess were going to visit the President of the United States, Barack Obama, as well as to get acquainted with the popular singer Beyoncé and her husband, joinfo.ua reports.

According to the foreign sources, today, the spouses have held one of the meetings. Kate and William arrived at the basketball game in New York, where they could meet with the star spouses. As it is known, Beyoncé and her husband are basketball fans that is why their arrival to the game of Brooklyn Nets and Cleveland Cavaliers was not accidental. At the same time the Duke and Duchess accidentally appeared on such an event, but the couple had a great time and relaxed from the official part of their visit to the United States.

At the end of the match two famous couples got acquainted, which drew great interest of fans and media representatives. Earlier it was reported that the Duchess of Cambridge and Prince William are in the U.S., where they also intend to meet with Barack Obama and Hillary Clinton.