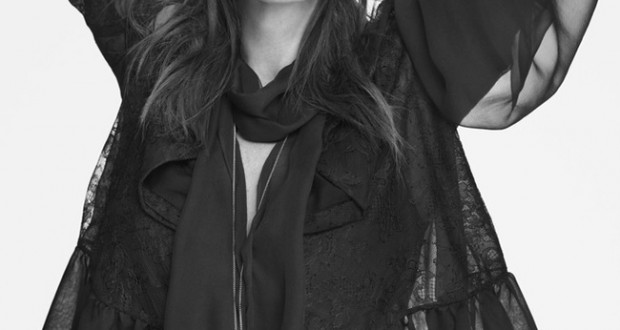 The actress will present the campaign of the upcoming spring-summer season, designed by photographers Mert Alas and Marcus Piggott, joinfo.ua reports.

The designer Riccardo Tisci usually refuses to work with models and chooses an unexpected celebrity for his campaign. Earlier, the famous singer Erykah Badu and the legend of performance Marina Abramovic had the honor to cooperate with him. The Hollywood diva will present the campaign in black and white, reserved and even austere tones. Tisci himself said that he wanted to get the most naturalness of Julia Roberts. He even wanted to shoot her "the way she arrived: black jacket, men's shirt, jeans, which is really what we have in common."

"No hair, no makeup. I said to her, "Because your smile is so beautiful and everybody knows you for that, I think it should be no smile," and she was really cool. She said we should go for it. We did it, and there we are, I'm very happy. It's a powerful picture," says Tisci.