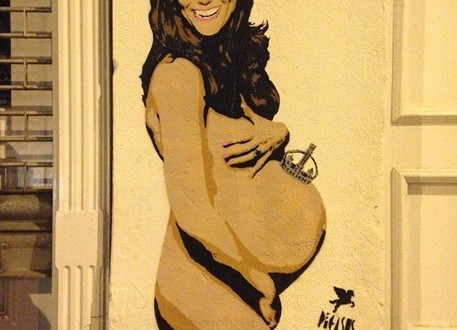 According to foreign media, American actor did not grudge to pay $ 47 thousand for this work of art, joinfo.ua reports with reference to Cosmopolitan.

As it is known, the street portrait of Catherine Middleton is placed on the wall of the Faith Inc art gallery in London. American graffiti artist Pegasus was the creator of this spicy work.

The actor Johnny Depp admits that he is a fan of the works of this artist. In addition to the portrait of Kate, his collection includes four works created by Pegasus including the portrait of Elizabeth II.

Earlier it was reported that the graffiti picture appeared unexpectedly in the British capital in mid-September. Nevertheless, it immediately attracted the attention of many onlookers and fans of the Duchess of Cambridge. This picture has become particularly relevant, given that Prince William's wife is pregnant again.

It is also interesting that Pegasus has signed his work "Game of Thrones", borrowing the name of the famous American TV series.